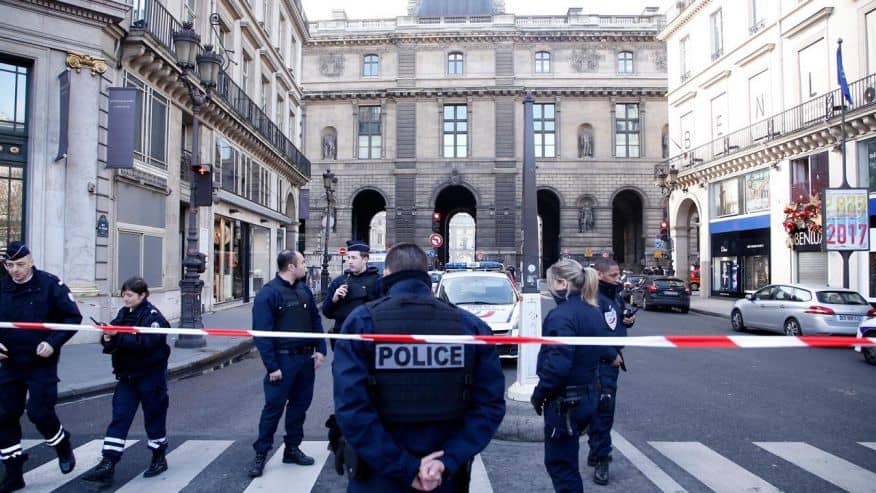 Paris soldiers have shot and wounded a man attempting to attack the soldiers who patrol the Louvre and the surrounding area, according to reports.

French Prime Minister Bernard Cazeneuve described the whole situation and the attacker as “terrorist in nature.”

The attack began at 10 a.m. Paris time and started at the underground mall, Carrousel du Louvre, near the Louvre’s entrance.

The suspected attacker had two bags with him, which authorities said did not contain anything explosive, but he approached the patrolling soldiers with a machete, according to officials. They said he also shouted threats and the phrase “Allahu Akbar,” which means Allah is Greater.

Paris Police prefect Michael Cadot told reporters: “We are dealing with an attack from an individual who was clearly aggressive and represented a direct threat, and whose comments lead us to believe that he wished to carry out a terrorist incident. … There was also a second individual who was behaving suspiciously, who has also been detained, but for now there does not appear to be a link between that individual and the attack.”

People inside the Louvre at the time were unharmed.

The soldiers were put on patrol after the 2015 Charlie Hebdo attacks and have remained in place around major French landmarks and tourist attractions.

Carol Burnett Could Be Returning to TV With Amy Poehler