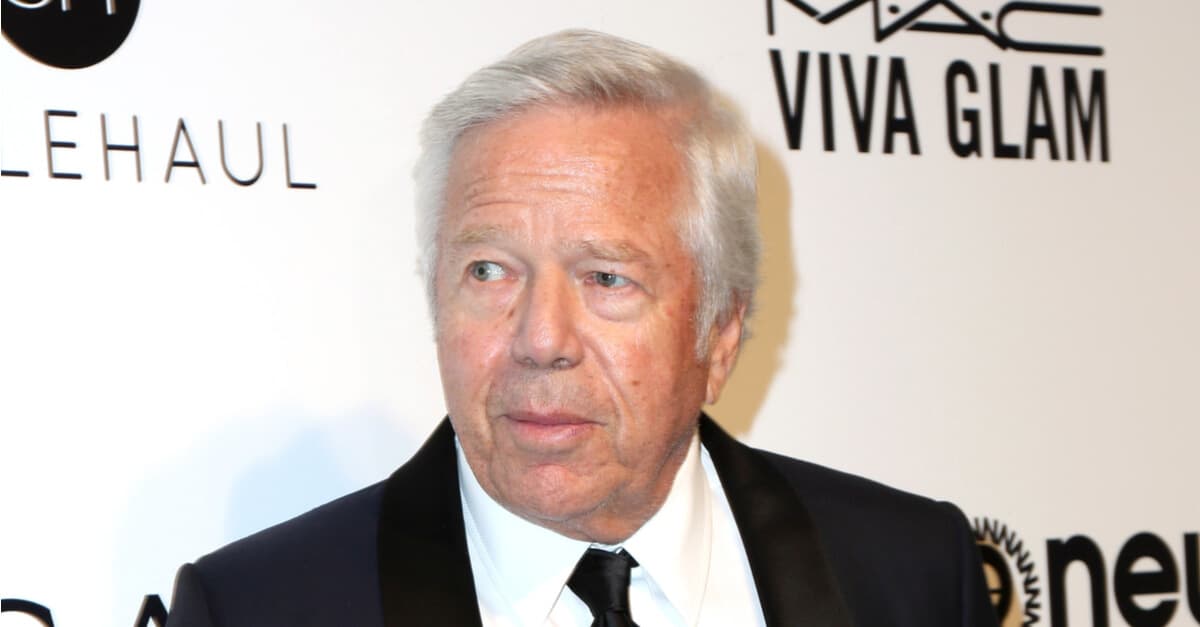 The 77-year-old was charged with solicitation of prostitution Friday after police investigated a Jupiter, Florida day spa. Law enforcement officials say there is video evidence of Kraft’s involvement.

As of this writing, Kraft is not in police custody. A spokesperson has denied the allegations on his behalf. The two prostitution-related charges against Kraft are both misdemeanors.

The NFL has not commented on the situation so far, though Kraft’s alleged actions will likely be treated as a violation of the league’s personal conduct policy. This could mean a suspension for Kraft or a fine, or both.

The crackdown on this particular spa is not an isolated incident for police, however. This investigation was part of a widespread effort against sex trafficking in the Palm Beach County area. According to the Associated Press, about 200 arrest warrants have been issued in recent days, with more to come. (h/t ESPN)

Report: R. Kelly Has Been Charged With 10 Counts of Aggravated Criminal Sexual Abuse