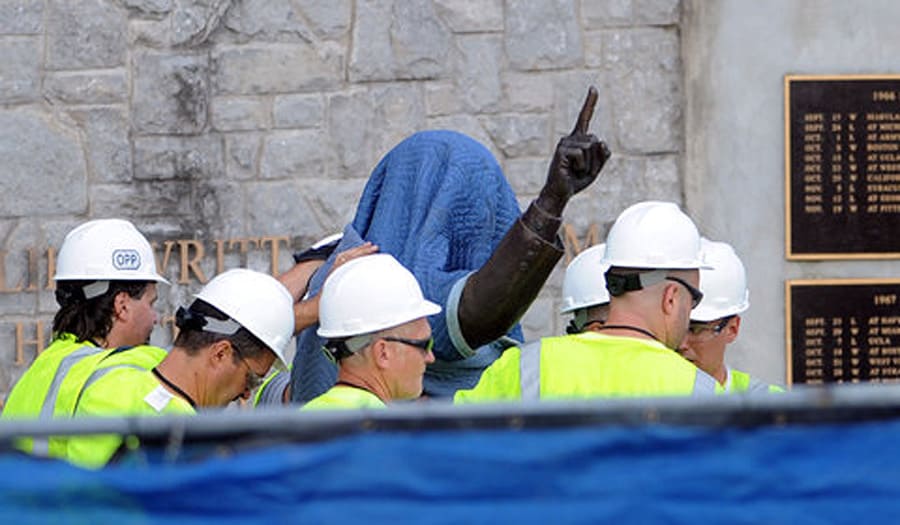 This morning Penn State University removed its bronze statue of Joe Paterno, the university’s football coach for 46 years, that had been standing in front of Beaver Stadium. Rodney Erickson, the university’s president, said it would be removed because it would be a “recurring wound to the multitude of individuals across the nation and beyond who have been the victims of child abuse.”

Thirty police officers and construction workers arrived just before dawn to begin removing the statue. By 7:45 a.m., the paper said, the statue, covered with a blue tarp, had been tied to a forklift as a small crowd gathered. It was gone by 9 a.m.

Our Forums are Now Live!

A Brief Survival Guide for our Upcoming Political Onslaught