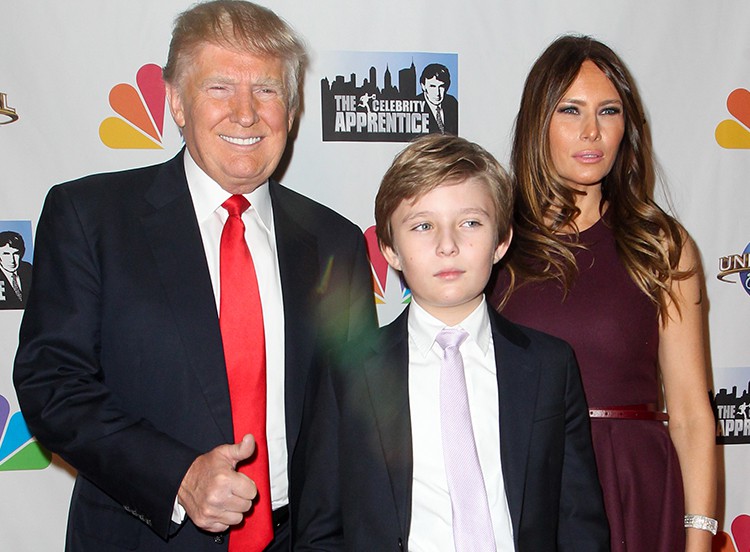 We live in interesting times. There’s no debate about that. It’s hard to think of a time in history in which a solar eclipse would have to compete for a top spot on the news, but here we are. There’s North Korea, for one. Remember them? Oh, and let’s not forget the U.S. Government’s ongoing investigation into Russia’s interference of the presidential election and possible collusion with the Trump campaign. And then there’s Barron Trump, the youngest member of the Trump family and, according to at least one website, a sloppy dresser.

That’s according to The Daily Caller, a far-right website that ran an article headlined “It’s High Time Barron Trump Starts Dressing Like He’s In the White House.” It includes gems like “the youngest Trump doesn’t have any responsibilities as the president’s son, but the least he could do is dress the part when he steps out in public.”

Well, to that point, the least any reporter could do when covering politics is leave little kids out of it, but that’s neither here nor there. The writer’s general point seemed to be that Barron wears too many shorts and t-shirt combos and needs to start wearing a suit. Barron Trump is, of course, 11 years old, and whatever valid critiques one might have of the current administration, a child’s fashion sense is definitely not among them.

People on all sides of the political aisle rightly jumped to Barron’s defense. Most notably, Chelsea Clinton, someone who has some experience with the media overstepping their bounds when it comes to covering the first kid, told the Daily Caller to lay off.

It's high time the media & everyone leave Barron Trump alone & let him have the private childhood he deserves https://t.co/Wxq51TvgDX

“Barron is a KID” she tweeted in a follow up. “No child should be talked about in the below manner-in real life or online. And for an adult to do so? For shame.”

Likewise Jesse Lee, who served as an advisor to former President Barack Obama, tweeted that he thought Barron had a “good look,” not that an 11-year-old should have to worry about a good look, or any look. He’s a kid.

Yashar Ali, a New York Magazine and HuffPo contributing writer who has been loudly critical of the Trump administration, blasted the Daily Caller’s writer in a tweet, asking him what business it was of his “what an 11-year-old boy wears?” New York Governor Cuomo’s director of digital communication Tim Fullerton tweeted “Leave Barron alone. Anything else is shameful.”

Barron’s mother first lady Melania Trump thanked those in the press who defended her son, telling the Associated Press that “as with all previous administrations, we ask that the media give Barron his privacy. He is a minor child and deserves every opportunity to have a private childhood.”

The Defenders’ Charlie Cox on Embracing the Flaws In Our Heroes

The ‘Joker Origins’ Movie Is Happening, Whether You Like It or Not