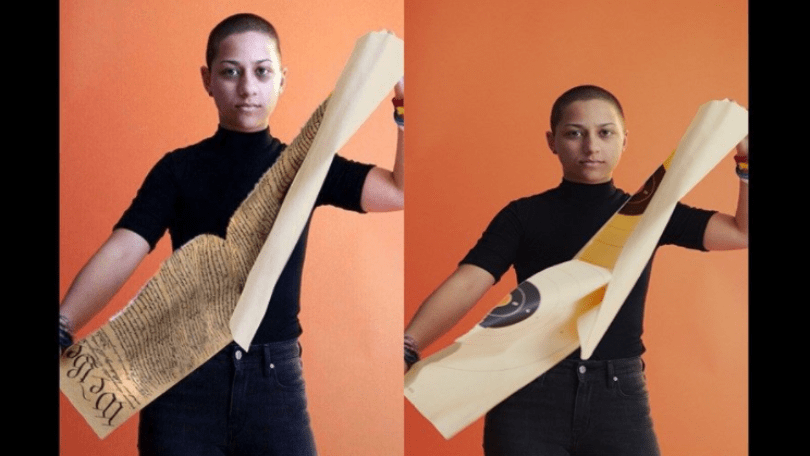 This past weekend, a fake photo and GIF of Parkland-shooting-survivor-turned-activist Emma Gonzalez began circulating the internet. The images depict the activist tearing a copy of the United States Constitution in half.

The source of the doctored images is unknown. The original images, however, are from a Teen Vogue shoot. In the original, Gonzalez is holding a shooting target poster that she rips in half.

The doctored images are yet another example of the criticism and backlash that young gun control advocates have been receiving since speaking up after the Parkland shooting.