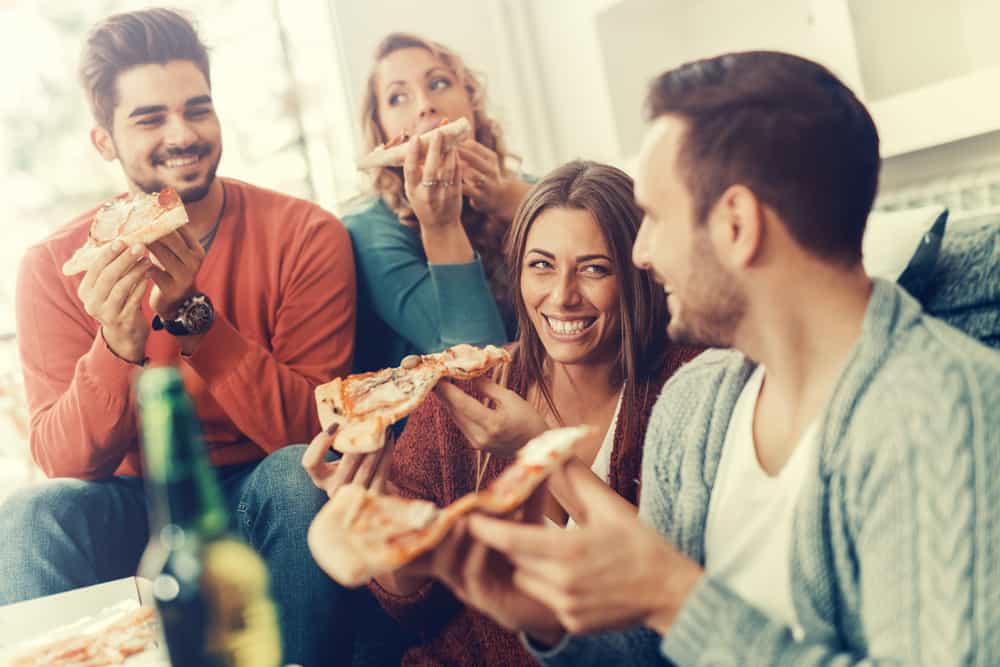 In what might be the most 2017 thing of 2017 so far, a bunch of pizza brands are at each other’s throats on Twitter because there is truly no area of American life that hasn’t become a fighting ground.

So what’s going on? It started with Papa John himself, CEO and founder John Schnatter, who blamed dwindling sales on the NFL protests for some reason.

“The NFL has hurt us,” company founder and CEO John Schnatter said on a conference call. “We are disappointed the NFL and its leadership did not resolve this … Leadership starts at the top, and this is an example of poor leadership.”

Papa John’s president and chief operating officer Steve Ritchie agreed with Schnatter and said they expected their sluggish sales to continue “unless a solution is put in place” by the NFL. According to ESPN:

Ritchie said that research has found that Papa John’s has been the most recognized sponsor associated with the NFL for two years running, which he said means the company’s performance can track with that of the league.

So, setting aside whether or not the NFL’s protests can really be blamed for people skimping on Papa Johns, other pizza places saw an opportunity to get a dig in. DiGiorno was the first in, with a mean subtweet.

And the internet was wild about it.

the only thing ur delivering is sick burns

thanks i'll see myself out

But DiGorno wasn’t alone. Pizza Hut got in on the action too, albeit through more traditional means.

“We’re not seeing any impact from any of that on our business,” the company said on their own earnings conference call, according to CNBC. Pizza Hut actually saw their earnings grow better than expected over the last quarter, so there.

The Great Pizza Wars of 2017 are only just beginning, but Papa John’s is starting out with an L. Can they recover? Stay tuned.

An Important Update About the ‘Avengers: Infinity War’ Trailer