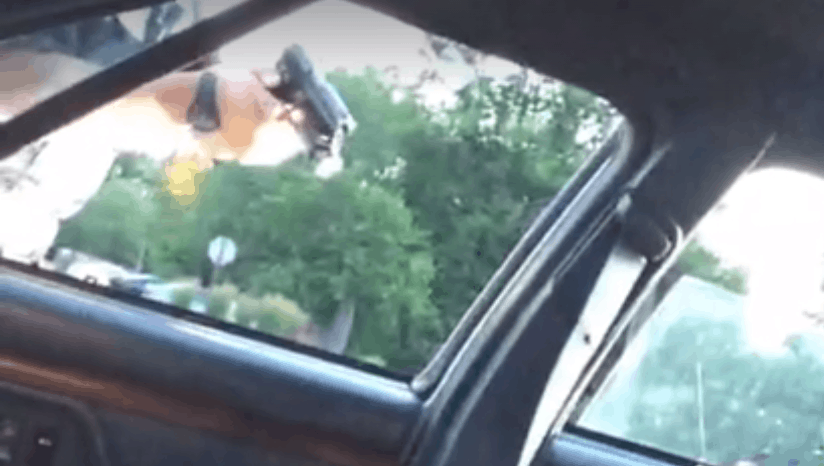 Philando Castile, 32, was in a car with his girlfriend and young daughter when officers pulled them over for a broken tail light. Moments later, he was shot dead by police. In a graphic video that begins moments after the shooting, Diamond Reynolds starts filming a Facebook Live stream, explaining that they had just been pulled over. She says that her boyfriend informed the officer that he was licensed to carry a concealed weapon. She then says that the officer shot him after he reached for his drivers license as instructed.

At that point, an officer approaches the vehicle pointing his gun at Reynolds while screaming at her. The video is incredibly difficult to watch, as Reynolds can be heard repeatedly screaming, “Please Jesus, don’t let him be gone!” She can then be heard praying fervently that God would save him.

Later, someone, possibly the officer, can then be heard shouting obscenities in the background.

Overnight, protests erupted not far from the shooting in Falcon Heights, Minnesota, as crowds demanded answers for Castile’s death. Castile worked at a nearby school, where he was a kitchen supervisor.

ChristianMingle.com Ordered to Allow Users to Search for Same-Sex Matches