It’s been a week since the election was over, and I’ve seen a wide range of emotions played out on various social media outlets since then—from fury that Governor Romney lost, to elation that President Obama won, to relief that we will no longer be bombarded with campaign ads. The inevitable threats of relocation to Canada are abundant—although, predictably, border and immigration control agents who cite a sharp spike in immigration inquiries in the months leading up to the election note there’s never more than one person who actually follows through with their plans.

All these reactions are reminders that in our media-saturated society, the election has become a spectacle. In the Roman Empire, spectacles were public shows with gladiators, wild animals and sometimes even unarmed Christians, put on to distract the populace from the pressing political turmoil of the day. Chris Hedges opens his book Empire of Illusion: The End of Literacy and the Triumph of Spectacle by exploring professional wrestling as modern day spectacle. All manner of media and illusions are used to hype the antagonism of the wrestling match and to rile the crowd of onlookers. Although I’m not so cynical to believe that elections—like pro-wrestling matches—are rigged beforehand, there are many senses in which the outcome of the presidential election does not really matter. Drone bombings continue in Pakistan and Afgahnistan; Corporate lobbying interests in Washington continue to dictate the course of both parties’ behavior; Neither party has a viable, tangible solution to cure the economic ills of our consumer-centric society.

What does it mean for us as Christians to name the electoral process in our times as spectacle? I don’t think we should categorically opt out of the electoral process, but as followers of the Truth, we need to back off a bit and get some perspective, seeing elections for what they really are. As we get swept up in the electoral process, we lose sight of the reality that, as Christ’s followers, we live in the tension between seeking the Kingdom of God and seeking the health and well-being of our places. I grew up with the familiar “two kingdoms” sort of theology, in which the Kingdom of God was of a completely different variety from the nations of the world. Under the tutelage of this theology, I eventually came to despise pretty much all forms of electoral politics.

Although there is still much to about the “two kingdoms” approach, I am finding that many of the lines I once saw as bold and clear are beginning to blur in my mind. The key to the change in my thinking is the reality that the Apostle Paul describes in Ephesians 3:10, that “through the Church the wisdom of God in its rich variety might now be made known to the rulers and authorities in the heavenly places.” The two kingdoms are not completely separated; the wisdom of God’s kingdom is being made known to the powers and authorities through the Church.

So how does all this get worked out? How does the church bear witness to God’s wisdom to the powers and authorities? The scriptural story portrays the witness of God’s people as an embodied one. I wrote in a previous RELEVANT article that “The United States as a nation, and probably even our states as well, are too large in their scope. … We cannot know in any deep and meaningful sense who [our elected officials at these levels] are and what they represent. On the flip side, they cannot have intimate knowledge of all the places they represent and what is in the best interest of each of these places.”

In this election season the Election Day Communion initiative flourished, not only in speaking truthfully and deflating some of the spectacle around the electoral process, and in uniting Christians across all the electoral divides, but perhaps most in reminding voters that the politics that they imagined were centered around the communion table. It seems that the sort of embodied political witness that Paul recommended to the Ephesians radiates outward from the common Eucharistic table that are shared in our local church communities.

In a recent blog post on Election Day Communion, I observed that “The eucharistic table then is not only at the center of our worship as followers of Jesus, it is also at the center of our politics. At the table, we learn an economic politics of sharing. At the table, we learn a politics of hospitality, welcoming the stranger and sharing our sustenance with her or him. At the table, we learn a politics of dialogue, learning to talk together in a world that is increasingly marked by a lack of dialogue, particularly across the partisan divide.” The sort of political virtues that we learn around the common table, flow outward from our churches into our neighborhoods, slowly and gradually transforming them, and in so doing bearing witness to the reign of God.

In the next four years there’s very real opportunity for churches to begin to deflate much of the spectacle that surrounds electoral politics in our land—and particularly presidential and congressional elections—by embodying a sort of slow politics that is concerned more with local than state and federal politics, and that prefers dialogue and co-operation to rigid partisanship. In falling for the spectacle of electoral politics, we’ve committed many sins: lying, slandering, preferring our own interests to those of our society’s most vulnerable. Now is the time for us to repent and find a new slower, variety of politics. Because the next election season will be here before we know it. 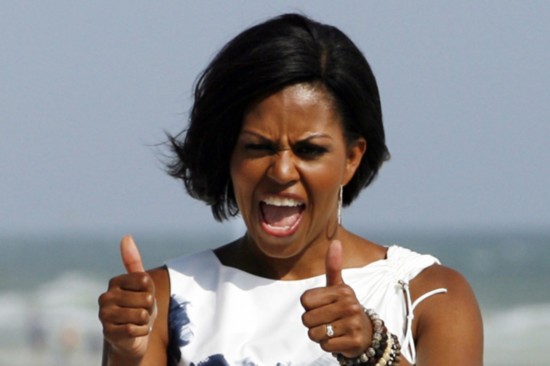 Being the First Lady Has Its Perks 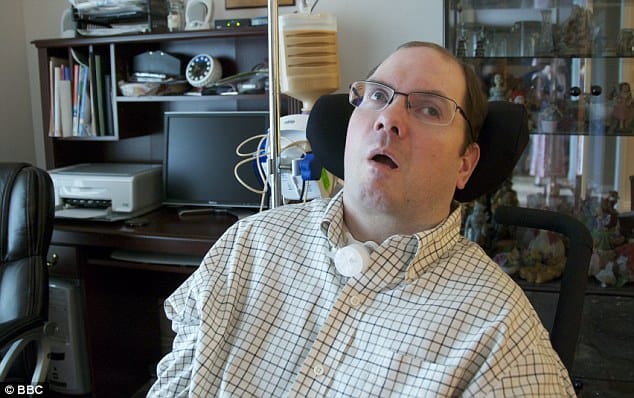 Man in Permanent Vegetative State Communicates to Doctor With His Mind