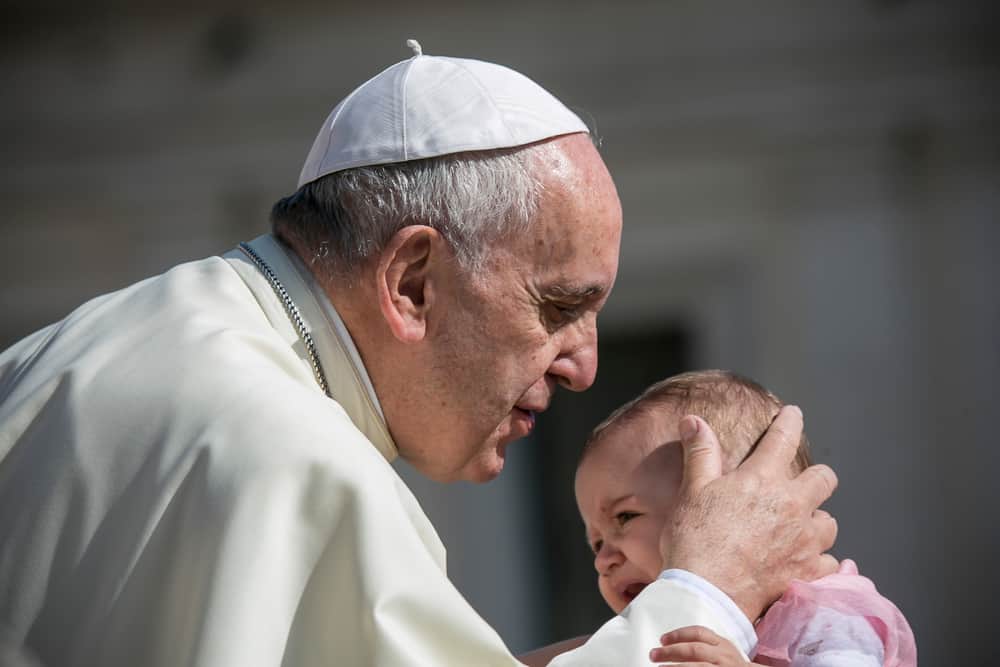 On Saturday, hundreds of thousands of protesters marched through the streets of Washington D.C., in conjunction with hundreds of other organized events around the country, to advocate for stronger legislated gun control. Millions of voices have joined the Marjory Stoneman Douglas High School students who began the March for Our Lives movement, and now, in a peripheral sense, Pope Francis has joined them.

While he didn’t address March for Our Lives or gun violence explicitly during his Palm Sunday sermon, Pope Francis did shine a light on all the young people involved in the movement, telling the tens of thousands before him: “Young people, you have it in you to shout. It is up to you not to keep quiet.” (h/t Newsweek)

Pope Francis also urged leaders and adults to listen to youthful voices. He seemed to call out politicians and those in power. “There are many ways to silence young people and make them invisible. To make them keep quiet, ask nothing, question nothing, to keep them from getting involved.”

Dear young people, never get tired of being instruments of peace and joy among your peers!

The point: Whether you agree with the cause of the students who marched in D.C. (or Boston or Florida or wherever) this weekend, don’t ignore them because of their youth. That’s oppression. That’s bias. That’s ignorant. These voices matter, and the issues these voices are shouting about are important, life-centric, health-centric issues. We should listen.

So Your Spouse Is Terrible With Money