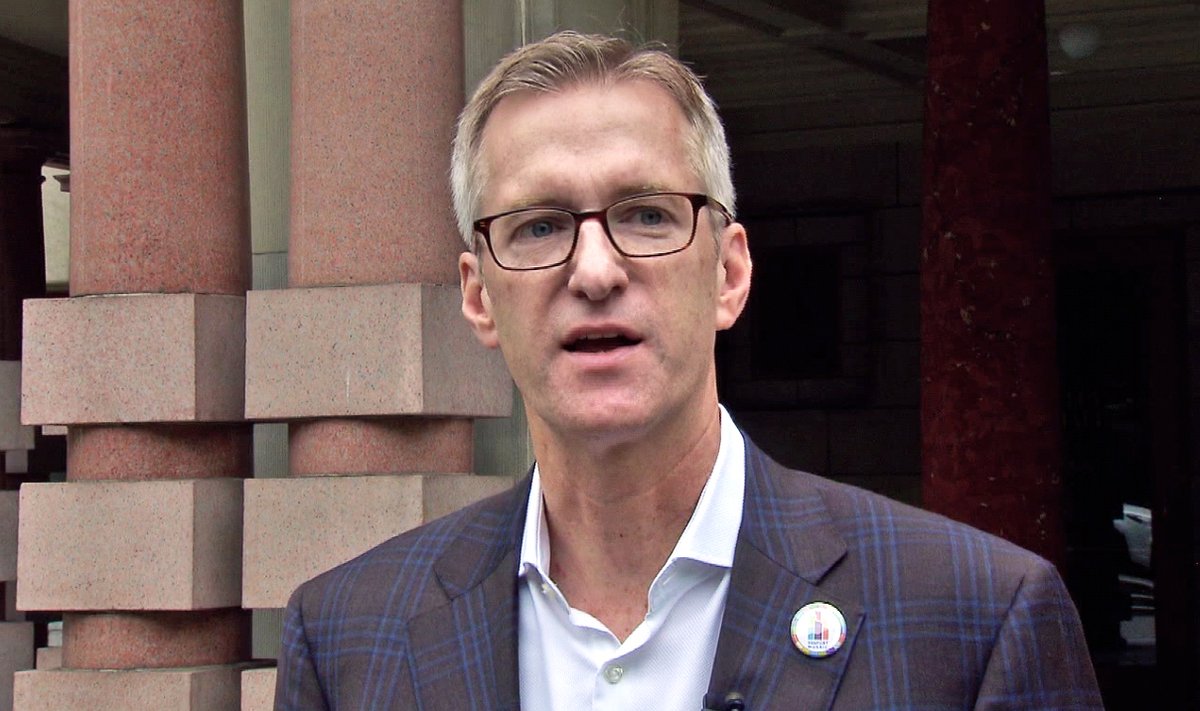 In the wake of the horrific stabbing that left two men dead, Portland, Oregon, Mayor Ted Wheeler is asking alt-right protesters to cancel a spat of June protests which some fear will only stoke a spirit of intolerance and fear.

“I am appealing to the organizers of the alt-right demonstrations to CANCEL the events they have scheduled on June 4th and June 10th,” Wheeler wrote in a Facebook post. “I urge them to ask their supporters to stay away from Portland. There is never a place for bigotry or hatred in our community, and especially not now … Our City is in mourning, our community’s anger is real, and the timing and subject of these events can only exacerbate an already difficult situation.”

Ricky Best, 53, and Taliesin Namkai-Meche, 23, were killed by a white supremacist named Jeremy Christian on a commuter train last week after they attempted to stop him from shouting anti-Muslim comments at a woman. Micah David-Cole Fletcher, 21, was also stabbed and is recovering at a local hospital.

Wheeler later expanded on his comments at a press conference.

“My main concern is that they’re coming to peddle a message of hatred and bigotry,” Wheeler said. “They have a First Amendment right to speak but my pushback is that hate speech is not protected by the First Amendment.”

America Needs to Stop the Fearmongering