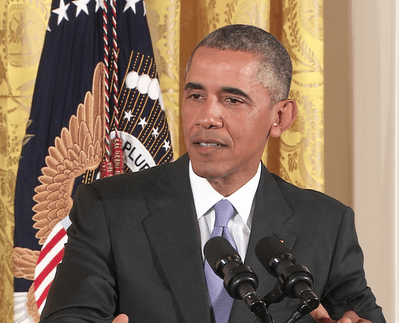 President Obama had strong words when asked about numerous sexual assault and rape accusations levied at Bill Cosby. At a White House press conference, the President was asked if the comedian’s Presidential Medal of Freedom—the nation’s highest civilian recognition, which he was awarded in 2002—could be revoked. Recently released court documents showed that Cosby admitted to acquiring sedatives with the intention of using them on a woman he intended to have sex with. Obama said there is no legal precedent for revoking a medal. And though he said he can not “comment on the specifics of cases where there might still be, if not criminal, then civil issues involved,” the president continued:

I’ll say this: if you give a woman—or a man, for that matter—without his or her knowledge, a drug, and then have sex with that person without consent, that’s rape. I think this country, any civilized country, should have no tolerance for rape.

Numerous politicians and victim advocates have asked that the White House revoke the honor from Cosby.

Why We’re Failing at Community