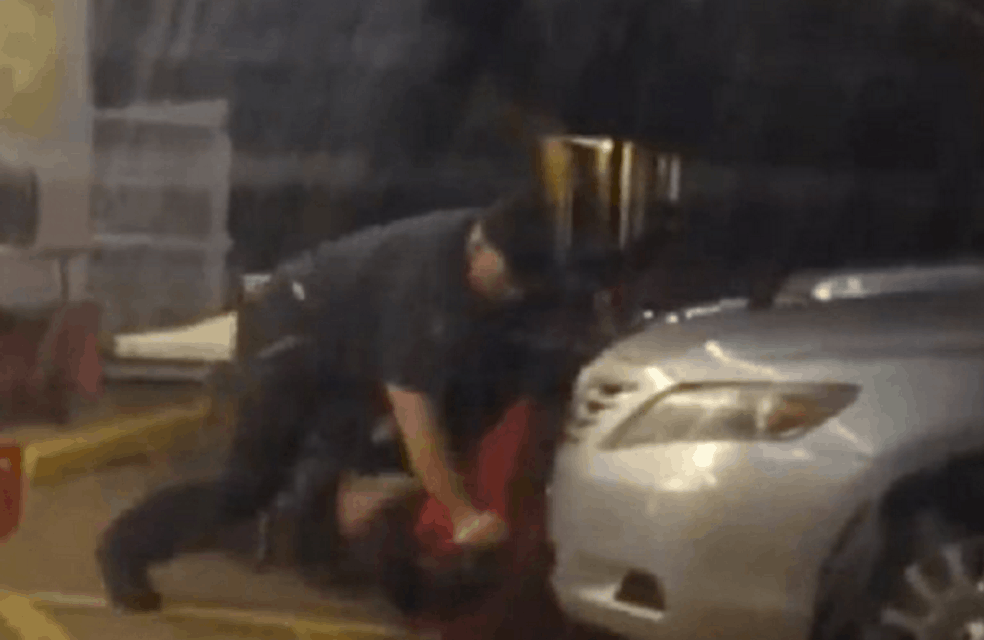 Update: Baton Rouge police say there is body camera footage from the two cameras that fell off of the officers during the altercation.

“That footage may not be as good as we hoped for. During the altercation, the body cameras did become dislodged, but they did stay on and active and recording at this time,” Baton Rouge Police Lieutenant Johnny Dunham said at a news conference.

Louisiana Gov. John Bel Edwards said official investigation of the case has been taken over by the U.S. Department of Justice Civil Rights Division, with help from the U.S. Attorney’s Office and the FBI.

“It is our goal and our mission to make sure that a thorough, just, transparent and independent investigation be conducted into this incident,” Chief of Police Dabadie said.

Dabadie also asked people to protest peacefully in the aftermath.

“We ask for your voluntary compliance to our laws and peaceful assembly with any gatherings that may be planned,” Dabadie said. “We encourage you to plan and protest … we don’t have any problems with that. We just ask you to do it peacefully, and that no one gets hurt.

The two officers involved have been identified as Blane Salamoni, a four-year veteran, and Howie Lake II, a three-year veteran.

Last night in Baton Rouge, protestors took to the streets after police shot and killed a local African-American man named Alton Sterling. A video of the confrontation sparked outrage in the community, which showed officers shooting Sterling at close range, while he appeared to be pinned to the ground.

Police were initially called to a local convenience store, after there were reports that a man selling CDs had threatened someone with a gun. A 48-second clip of the confrontation between officers and Sterling taken by bystanders, appear to show two officers tackling Sterling to the ground, before one of the officers shoots him several times in the back at close range, killing him.

The full altercation is slightly obscured in the video. At some point before the shooting, someone shouts, “He’s got a gun.” The owner of the convenience store, Abdullah Muflahi, says that he believes his surveillance cameras captured the entire confrontation, though the recordings were taken by police before Muflahi could watch them. Muflahi told reporters that he never saw Sterling reach for a gun, but after the shooting, officers did remove a firearm from Sterling’s pocket.

The two officers involved have been placed on administrative leave, and authorities are investigating the shooting. We’ll post more updates as they become available.

6 Christian Amusement Parks and Crazy Attractions That Have Actually Existed