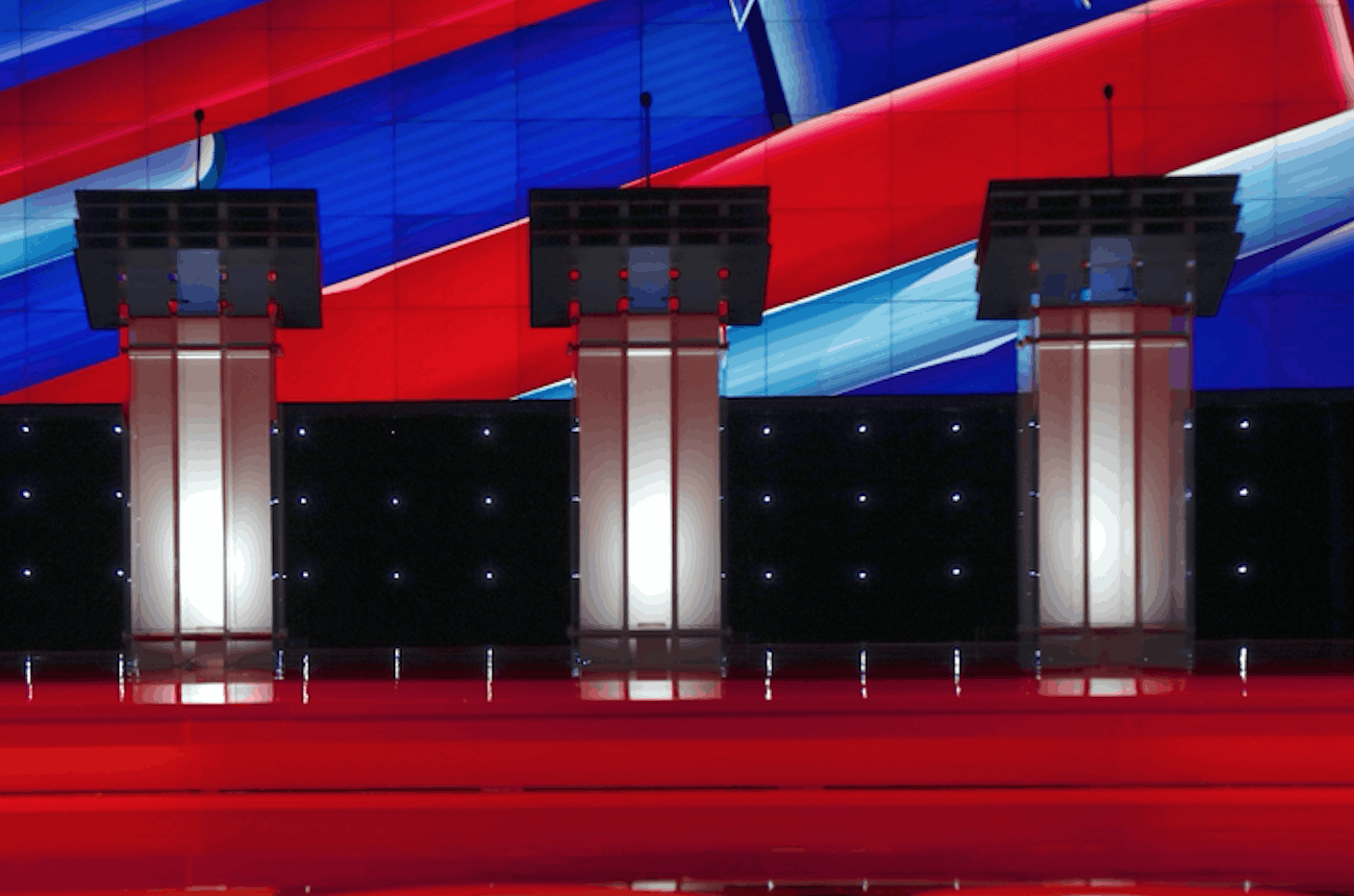 Could there be a third candidate on stage with Donald Trump and Hillary Clinton during the upcoming, televised presidential debates? According to reports, the Commission on Presidential Debates is telling the venues that will host the debates to be prepared to have a third podium on stage—one that could be for Libertarian Gary Johnson or the Green Party’s Jill Stein.

As Politico notes, in order to be included in the national debates, a candidate must be polling at least 15%. Currently neither Stein or Johnson is at that mark, but Johnson is getting close, at 8.8%. And, with Stein at 3.8%, it’s not inconceivable that she could close in on the 15% mark as well in the next month.

The Commission on Presidential Debates Co-Chairman Mike McCurry told Politico, “With Gary Johnson polling in some places more than double digits, some of our production people may have said, ‘Just in case, you need to plan out what that might look like.'”

Mike Pence: Christians and Jews Are Included in Trump’s Immigration Ban from Areas ‘Compromised’ By Terrorism