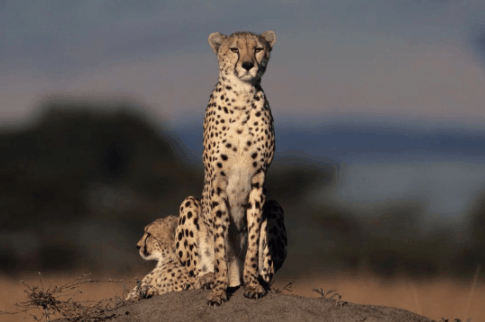 Cheetahs are going extinct too.

If you were sad hearing about the decline of the giraffe population, then you’re really not going to like this report.

A recent study revealed that there are only 7,100 cheetahs remaining across the entire globe. What’s the cause of the extinction? Researchers from Zoological Society of London, Panthera and Wildlife Conservation Society conducted the study and reported that nearly 91 percent of cheetahs have been driven out of their historic range because people have been hunting the animal’s prey.

The director of Panthera’s cheetah program spoke to the issue:

“We’ve just hit the reset button in our understanding of how close cheetahs are to extinction. Securing protected areas alone is not enough. We must think bigger.”

The study’s authors notified scientists to move the classification of the cheetah to endangered. This distinction will hopefully promote awareness and the proper funding needed to protect the species.