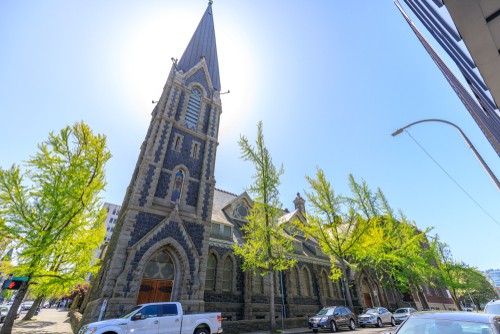 Presbyterian Church USA is continuing is downward slope in numbers, and lost nearly 5 percent of its membership in 2017, according to stats released by the PCUSA Office of General Assembly.

“Churches leaving was a temporary roadblock,” he continued. “Our inability to share the faith, to demonstrate the power and justice of Jesus Christ and His church to change a world where inequality, injustice, violence and war seem to gain strength daily is a critical factor in our failure to grow.”

Nelson also said, however, that he believed the PCUSA was “reforming” rather than dying.

“[T]hat reformation must be built on a vision of God’s Kingdom that is compelling people who find us lacking,” Nelson continued. “We have that vision—it is part and parcel of the Gospel of Jesus Christ. We simply must find new ways to proclaim it and, more importantly, live it out in our congregations.”

Paige Patterson Will No Longer Speak at the Annual SBC Meeting

Report: Suicide Has Become the 10th Leading Cause of Death in the US