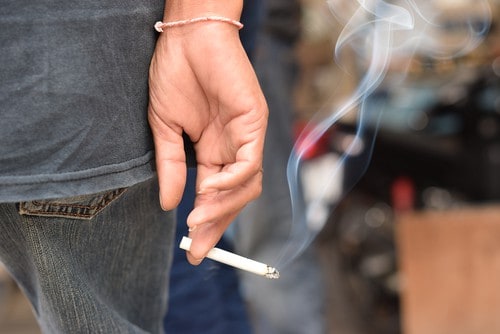 According to a report from Gallup, only 16 percent of adults say they smoked a cigarette in the past week, which is the lowest level on record since 1944.

Back in 1944, up to 41 percent of U.S. adults smoked cigarettes. This figure stayed pretty steady for the next several decades, even with the government’s warning in the ’60s that smoking was a major health threat.

Smoking has fallen considerably since the ’40s, with the decline being most striking among millennials. Young adults are less likely to pick up the habits of the generation before them, due to the historical association between smoking and maintaining a youthful appearance.

But there are more factors turning Americans away from smoking. Public anti-smoking campaigns alongside public smoking bans became very common throughout the country, making smoking seem like a stigmatizing behavior. Generations prior remember indoor smoking as a commonality.

Facebook Banned a Famous Picture of Jesus … for Nudity?