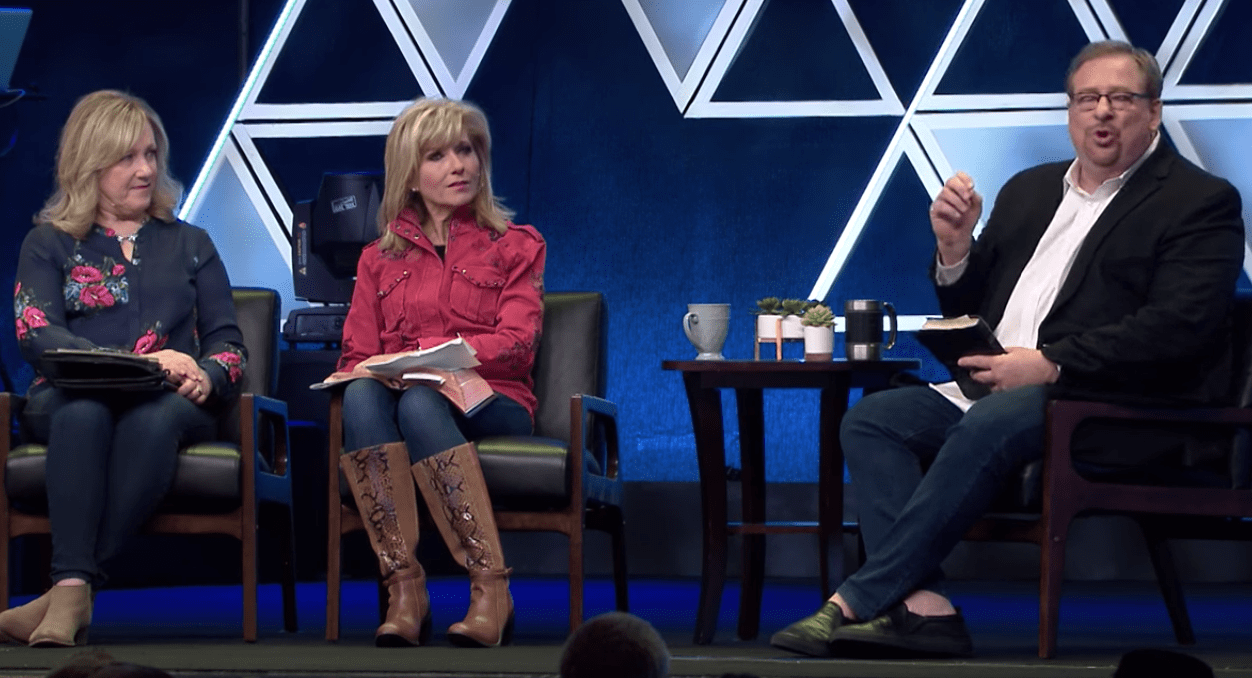 At Saddleback Church in Lake Forest, California this past Sunday, Pastor Rick Warren welcomed Beth Moore to chat with the megachurch congregation about sexual abuse, what it costs victims and the healing process that comes along with it.

The discussion was geared towards connecting those who have been abused with those who don’t understand it’s cost.

Though she was abused as a child herself, Beth Moore was advised not to speak about it in ministry, as it would put a damper on her career. She also received major backlash from her mother, who told her that she didn’t protect their family.

But Moore decided to speak out in the Church anyway, despite not having the support she needed. Shortly after, she discovered that another member of her family suffered the exact same abuse.

During the discussion with Rick Warren and Kay Warren, Moore said, “The power of #MeToo is we too,” gesturing to Kay Warren, also a victim of sexual abuse as a child.

Though many don’t realize it, the after effects of sexual abuse are deep and painful, and worldviews of abuse are often distorted and adopted by victims, such as fear of intimacy, unhealthy views toward sex, and even hatred of one’s own body. Moore and Warren both testified to these personally, saying, “I thought my whole life as a victim.”

The three spent the hour-long discussion speaking directly to the hearts of those who’ve been abused, then to everyone, sending encouragement to love like Jesus. Moore pleaded for the Church to confront sin and abuse and to simultaneously become a safe place for abuse victims to come out of hiding.

They came up with a possible healing process for victims: first to tell the stories, then victims, alongside counselors and supporters, can begin to identify lies they’ve been lead to believe due to their abuse. And lastly, to realign their mindsets with God’s truth.

You can catch the full sermon here: