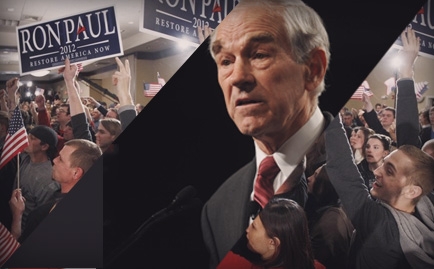 EDITOR’S NOTE: Like any election year, as 2012 progresses, political discussions will intensify—especially among Christians. For believers, there are always complicated questions of faith and policy, how one affects the other and when the two should be held separate. But while the questions might be the same, the answers people have are often different. Over the next few weeks, we’ll be asking Christians of various political backgrounds to describe how they arrived at their particular view and why they vote the way they do. Today, Caryn Dahlstrand Rivadeneira explains why she leans Libertarian, the surge of Ron Paul support and why people of faith shouldn’t be so quick to label a "Christian party."

I took much pleasure last week when outrage over the proposed Protect IP Act (PIPA) in the Senate and the Stop Online Piracy Act (SOPA) in the House popped up on my Facebook and Twitter feeds. Especially since the outrage boiled out of Democratic and Republican friends alike.

I agreed with their outrage. No matter how much the music industry lobbied, no matter how much I—as a writer—appreciate steps to protect copyrights, these bills, which could stand to make criminals of us all, took a few giant steps too far.

But l was also pleased because friends—who usually roll their eyes at my Libertarian views—saw a big, meddling government clawing away at liberty and decided enough was enough. They felt the government had gone too far.

My friends aren’t the only ones realizing this. Though the Libertarian Party remains a non-entity in U.S. politics, the philosophy of libertarianism has been a guiding force in this year’s GOP debate. And the surprising surge of support Ron Paul enjoys from young Americans—and young Christians—suggests that perhaps the Libertarian-leaning aren’t so far off in right field after all.

Birth of a Libertarian

My alignment with the Libertarian philosophy came out of my hatred for hate crimes. Or, rather, hate crime legislation. The idea of punishing a person for what they thought while committing a crime pushed me over the edge—politically. Well this, combined with my already solid disdain for power-addicted politicians, for the often ineffective spend-thriftiness of the Democratic Party and the often hurtful family-value-ness of the Republican Party.

For a long time, I figured I’d had to settle for the ever-milquetoast “moderate” description of my leanings, until I discovered Libertarianism more than a decade ago. I found a word to wrap around my politics—although, what a divisive word it is.

By now I’m used to my friends and foes on either side of the aisle telling me I’m crazy, uncaring, naïve or ill-informed for my Libertine views. But it stings a bit when my brothers and sisters in Christ take it a step further: asking how I can call myself a Christian and lean Libertarian.

Democrats ask how Libertarians can ignore the poor, the oppressed. How they can leave them at the mercy of selfish individuals and greedy corporations. They wonder how Christians can claim to love and follow Jesus and not vote for people who’d propose measures to force us to do what Jesus said—give to the poor and fight for justice for all.

Republicans ask how Libertarians can ignore “traditional” families, traditional values. They wonder how they can claim to love and follow Jesus and not vote for people who’d propose measures that force people to adhere to biblical principals, to keep marriage between one man and one woman, to, say, keep marijuana and prostitution illegal.

To be a “social Liberal” and a “fiscal Conservative” makes little sense to many Christians. To Jesus-loving Democrats and Republicans, Libertarian views seem to contrast sharply with their views of Gospel-infused politics. But as evidenced by your Facebook news feed, it seems many are beginning to feel differently.

Why Are So Many Christians Drawn to Libertarianism Right Now?

God expects much from His people—especially those who’ve been given freedom and wealth unlike most of the world has ever seen. Far from wanting to see people left to suffer on their own, many Libertarians believe so deeply in the calls to seek justice and love mercy and to love our neighbors that they are unwilling to let a bloated, inefficient, distant government get in the way of that calling.

Many Libertarians would argue that it’s hard to love our homosexual neighbors when we’re railing in disgust at their longing for marriage. They’d say it’s hard to love our impoverished neighbors if we’re simply letting social services take care of them; it’s hard to be just when we say only the most powerful—the government—can protect themselves. They wonder how to be merciful when we punish thoughts; how to give cheerfully and generously when the giving is deducted from paychecks.

Probably one of the biggest disgraces of this “one nation under God” is that the government has had to step in to help those the Church should’ve been helping, to do what the Church was called to do. The Church failed—and government stepped in. Perhaps the reason many now lean Libertarian is because they’d like the Church to take back—and take seriously—its calling to transform this world. It’s Jesus—not Uncle Sam—that people should see and know whenever blessings flow and mercy, justice and love roll.

There is No “Christian Party”

The bottom line is following Jesus is supposed to be something we do—not vote for. Especially since no political philosophy or party will ever align perfectly with Scripture. Nor should it—in a free society. Our political leanings have as much to do with our personalities, our experiences, our families of origin, our callings—as they do our faith. Let’s be honest.

Be glad for Christian friends all over the political spectrum. It keeps us all thinking, all sharp. If we’re all open to listening to one another, open to seeking the best solutions, and understanding that God gave us these different political perspectives, then maybe—somehow—they can all work together. In some wild, beyond-the Beltway, Sprit-led way, we can be those hands and feet we’re called to be.

Caryn Rivadeneira is the author of Grumble Hallelujah: Learning to Love Your Life Even When It Lets You Down (Tyndale, 2011) and co-founder of Redbud Writers Guild. She and her family live outside of Chicago.

Caryn Rivadeneira is a writer, speaker and author of Broke: What Financial Desperation Revealed About GodÕs Abundance (IVP, 2014). Caryn lives in the western suburbs of Chicago with her husband, three kids and rescued pit bull. For more on Caryn, visit carynrivadeneira.com.

The Most Dependable Super Bowl Prediction