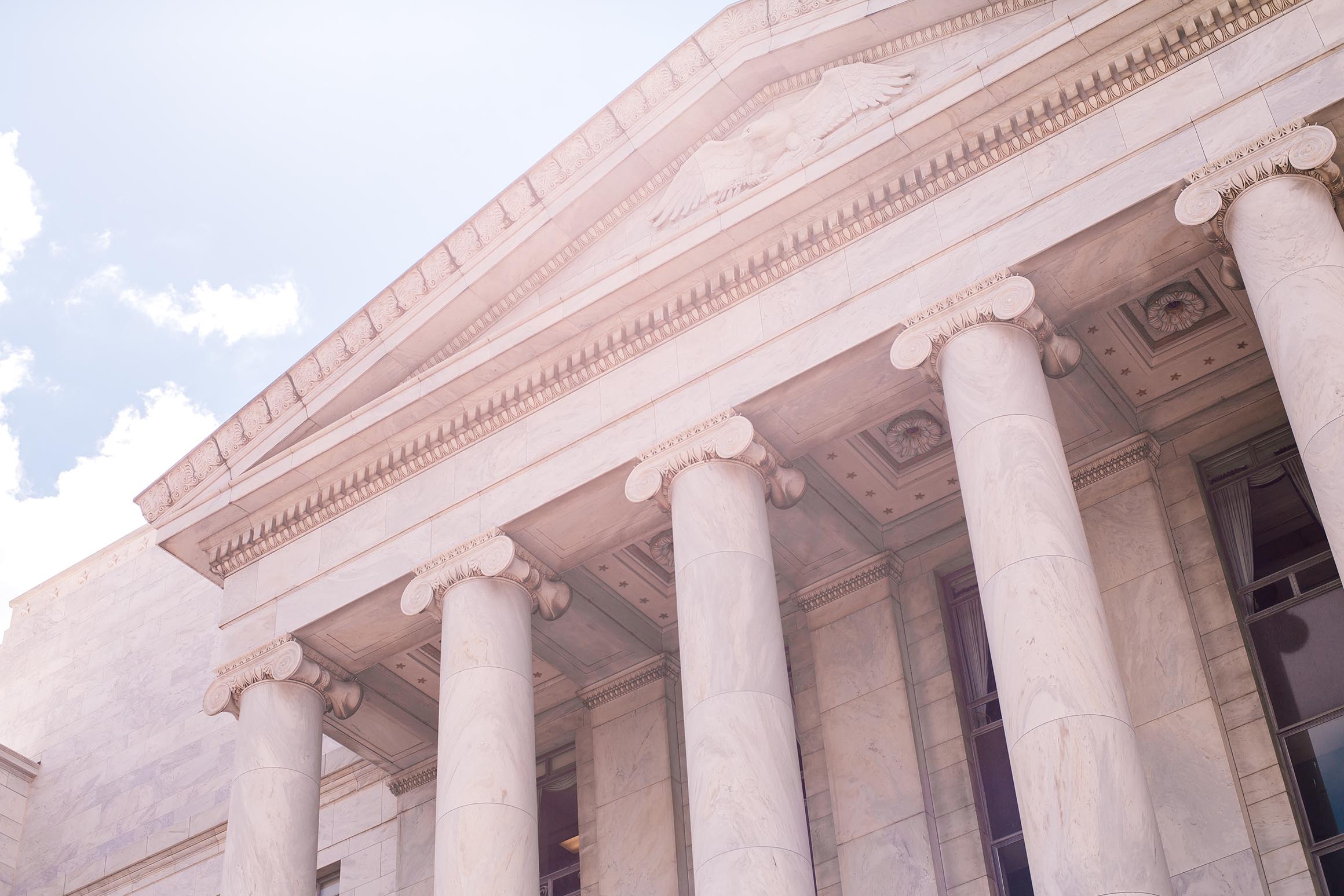 Politics is such a divisive topic and I’m not here to stir up strife, but it is time for followers of Jesus to examine our loyalties to political partisanship and our addiction to tribalism. As a follower of Jesus, I’ve been thinking a lot about our modern state of politics in the US, particularly when it comes to the polarization of our current political system. It’s arguable that we live in the most Divided States of America in the history of the country, which is quite evident in our current dialogue on social media and in the news. Everyone seems to have an extreme viewpoint on everything, even when there’s no real reason to be extreme. It’s in our human nature to desire belonging, which has led to an infatuation with identity politics in the Church.

I grew up conservative and attended Liberty University—the institution founded by Jerry Falwell Sr. and now led by his son, Jerry Falwell Jr. (who also happens to be a very vocal Trump supporter). When I moved to Los Angeles, I became friends with Christians who also happened to be politically progressive, which was definitely an ideological adjustment for me. Yet, the more conversations we had over coffee, the more I realized that they had some valid reasons for their politics and beliefs. In fact, I started adjusting my views on various social matters that I’d never given much thought.

As scary as discussions like this can appear, it’s incredible what can be learned if approached in humility and discernment. This may come as a shock, but just because your pastor or political science teacher told you something doesn’t make it true. The Scriptures even address this line of thinking in Proverbs 18:17: “The one who states his case first seems right, until the other comes and examines him.”

If we’re honest, much of the dialogue in the Church, particularly on social media, is very tribalistic and polarized. It’s becoming incredibly hard to examine our political heroes without having to justify every political viewpoint or character flaw. We want to believe that we’re right, so much so that we’re willing to adjust the truth to fit our narrative. A middle ground in politics is increasingly disappearing, while tribes of extremists are continuing to add to their numbers.

It baffles me when I see so many staunch pro-life conservatives who seem to have no qualms about their viewpoints on the treatment of refugees, immigrants at the border, and increasing gun violence. It’s neither conservative nor liberal to be pro-life in any context, regardless of what the talking heads in Washington say. Yet, we’ve sipped the Cool-Aid and bought the lie that we must sell our souls to partisanship.

To be fair, it’s not just the conservative Christians who are increasingly tribal in their partisanship. There is a consistent movement within progressive Christian circles to turn a blind eye to their pro-life convictions (abortion, in this context) for the sake of their beliefs on economic equality, gun control, immigration, and the like. Just like their conservative counterparts, they are buying into the “either-or” narrative that has intoxicated the Church. Why must we sacrifice some of our convictions when we could reimagine what it means to be politically engaged as a Christian?

The word “moderate” makes a lot of people cringe, because it’s hard to define the beliefs of that individual. We like convenient boxes in which to place everyone. That way, we can know who’s on our side and who’s with “those other people”. The idea that we could be anything other than conservative or progressive, Republican or Democrat, absolutely terrifies us. We love our false identities that we attach to flawed human ideologies, so much so that we’ve made plenty of enemies in the process.

If we’re honest, we’re all so busy defending our camp that we often overlook the convictions of following Jesus. We can’t both be loving towards the unborn, yet despise the outsider and the alien. Neither can we advocate for stricter gun laws while we turn a blind eye to what’s happening to the unborn. Neither are compatible, regardless of what so-and-so says. If we’re voting by conscience rather than political partisanship, then we’re going to find ourselves in this weird place called “the middle”. We won’t belong. We know that and it terrifies us to the point of sacrificing our convictions for a sense of belonging.

A New York Times article written by Emily Badger and Quoctrung Bui examined identity politics, which brought to light some disturbing realities. One piece of the article caught my attention when they said, “We’ve always had partisan identities in America. But those partisan identities have come into stronger alignment with ideology and social identities. That’s troubling, political scientists warn, for our ability to compromise. It means that Democrats and Republicans don’t just support different policies today. They’ve also been sorting into two camps that are more and more socially homogeneous and more distinct from one another.”

What’s even more disturbing is the political partisanship and tribalism amongst followers of Jesus who claim an eternal Kingdom, yet who divide over earthly empires. Our talk and our actions simply don’t line up. We cannot serve both Caesar and Jesus in tribal adherence without having our identities split in two.

To be without a political tribe may be terrifying to many Americans, but if we are truly going to pursue the heart of Christ in our world, we must begin examining all policy (not just the ones our party endorses) and voting by conscience, not political party. In a Divided States of America, the Church can be a great example of what it looks like to find common ground and reimagine a politics that is not binary, but rather adaptive and fluid.

Imagine that: Christians influencing the world we live in. Such a radical idea, but one that is desperately needed in such a binary state of human ideology.

Wait, Is Trump Calling Himself the ‘King of Israel’ and ‘Second Coming of God’?