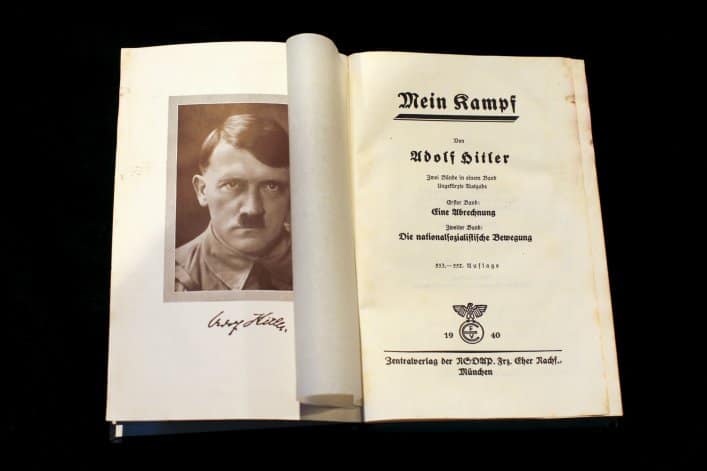 Strangely enough, Hitler’s manifesto, Mein Kampf is currently a best-seller in Germany—85,000 copies have been sold since it was published in 2015.

The annotated version, with comments from the publisher, reached the non-fiction best-seller list in April. Originally only 4,000 copies were planned for print.

Mein Kampf has been allowed in Germany and could be found online or in a library, but until 2015, it couldn’t be republished as a new edition because of copyright laws.

Because of the annotations renouncing Hitler’s rhetoric, this new edition is said to not normalize the ideology presented—something people have feared.

“On the contrary, the discussion about Hitler’s world view and how to deal with his propaganda offered the opportunity to look at the disastrous roots and consequences at a time when authoritarian political ideas and right-wing slogans are again gaining followers,” Andreas Wirsching, the director of the Institute for Contemporary History, told the Associated Press.

German officials are on high alert for the manifesto being republished without commentary denouncing Hitler’s ideas. Last year, a publisher said they would republish it “without annoying commentary,” and they were investigated for incitement.

The One Thing Couples Overlook in Marriage