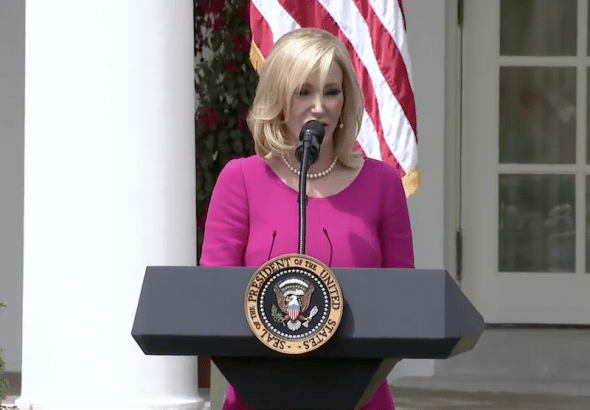 Controversial televangelist Paula White is now officially a White House staffer. According to The New York Times, she’ll work in the Office of Public Liaison.

From NYT, “Her role will be to advise the administration’s Faith and Opportunity Initiative, which Mr. Trump established last year by executive order and which aims to give religious groups more of a voice in government programs devoted to issues like defending religious liberty and fighting poverty.”

Even though White is an extremely controversial figure in modern evangelicalism—particularly for her embrace of Word of Faith-style theology and the prosperity gospel—her and Pres. Trump have remained close since his election. She recently revealed to The New York Post that she frequently visits the president at the White House.