After decades of occupying the cultural majority, American Christians, especially evangelicals, have decreased in influence.

If trends are any indication, our society as a whole will grow increasingly secular in the coming years. A recent Pew Research study has found that each successive generation of Americans includes fewer Christians. Whereas 85 percent of the silent generation—the generation before baby boomers—identify as Christian, only 56 percent of today’s younger millennials do.

So how do Christians relate to their declining status of influence within the public sphere? As I examine the evangelical landscape I see three different paths of response emerging which we need to consider.

Many respond with denial.

Many Christian Americans choose denial over regarding these statistics. They proceed as if nothing has changed, believing that the inscription “One Nation Under God” on our buildings means that it is then surely impressed upon the minds of those around us.

Many are walking this road; avoiding the hard truths, oblivious to the fact that secularism and relativism are becoming more widely accepted influences. Or at least not acknowledging the implications of it.

Many respond with righteous indignation.

The opposite of denial is the obsession of indignation.

They do not see a moral majority slowly eroded by years of faithless witness; they see a theft.

Their public majority has been stolen right out from under them and they live their lives in bitterness and insecurity, chasing after the safety that comes from holding the majoritarian position. This condition creates an environment of fear, and when we fear man, we become more divisive. We no longer extend our hands to our neighbors, culturally, globally or otherwise, and we soon forget God.

We should respond with righteous faithfulness.

Since the birth of Christ and Christianity, the world has cycled through numerous periods of change; Christians existing in these periods have been both persecuted and at times privileged.

Through it all, the Gospel has remained the only constant source of true meaning for the Christian life. However, the road of Gospel faithfulness is narrow and difficult. Those committed to following this track should not be surprised when they come up against a hostile cultural majority. The servants are not greater than their master, so just as Jesus was mocked, we should not be alarmed when we are treated the same.

The Bible consistently informs its readers as to their role in this world. We are to be a holy nation, a people of God’s own choosing, called to proclaim the excellencies of Him who called us out of darkness and into His marvelous light. (1 Peter 2:9) We proclaim the excellence of His love, truth and grace back into the darkness from which we came.

Our confidence is in One who was born in a manger, crucified by a crowd and raised by the power of God. He’s the one who orders all creation for His glory.

It is not easy to live in the reality of the world around us which so often is in opposition to the Gospel. It is not easy to engage our cultural differences in righteous love and faithfulness to this Gospel instead of indignation or denial. But this is the narrow road which we are called to go down; and while the way is “hard it leads to life, and those who find it are few.” (Matthew 7:14) 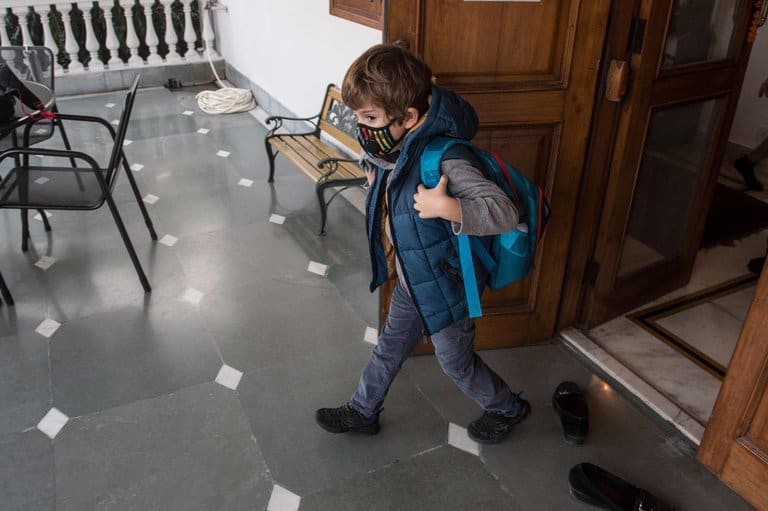 Report: 300 Million Kids Around the World Are Forced to Breathe Extremely Toxic Air