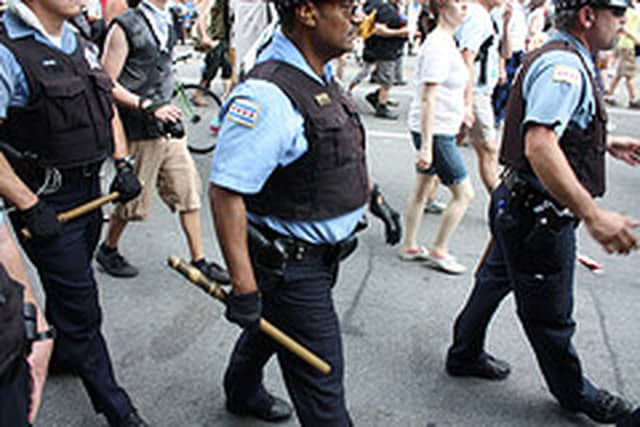 Your faith drastically shapes what you think about police brutality, according to a new study.

The Barna group released the findings of a nationwide survey of Americans yesterday, specifically the answers to two questions about use of force by police officers. The study found that the biggest divides came among age, religious and ethnic groups.

Based on age and ethnicity

Of the 53 percent who strongly agreed, millennials made up 32 percent of that compared to 10 percent of older Americans, categorized as “elders.” Black Americans agreed with the statement at 53 percent, which is almost four times more than white Americans at 14 percent. Among Hispanics, 34 percent strongly agree.

In general, 30 percent or more of millennials, liberals, Democrats and parents with children in the house all reported having some level of fear of police brutality.

Based on religious identity

The research found that of the people who believe people of color are unfairly targeted, evangelicals make up 29 percent—the smallest of any other faith group. Non-evangelical born again Christians are 49 percent of the group, atheists and agnostics 67 percent and people of other faiths represent 59 percent.

Practicing Christians are on par with non-believers at 48 percent to 54 percent.

These questions were part of a larger study Barna conducted in April, but they reveal a lot about the state of the United States and race relations.

David Kinnaman, president of Barna and director of the study, said in a statement:

These findings represent a challenging reality for evangelicals and their leaders. Huge gaps exist between most evangelicals and tens of millions of Americans—gaps in perception about the extent and proximity of prejudicial law enforcement. The different levels of opinion help to explain why people feel such varying states of urgency about the issue. To help evangelicals grapple with the problems of implicit racial bias, Christian leaders must come to realize how deeply and personally experienced these problems are for so many in society and in the church.

How to Find Meaning in a Job You Hate