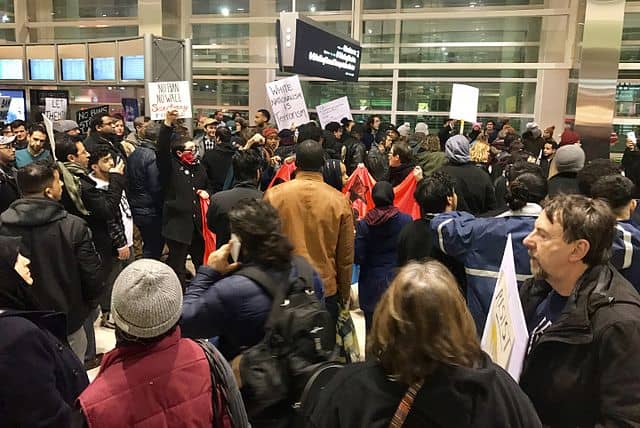 Nationally, 59 percent of respondents to Pew’s survey disapprove of the ban, while 38 percent say they approve.

There’s a huge difference, though, when it comes to Christians, especially those who self-identify as evangelical.

Among what Pew calls “white evangelical Protestants,” more than 76 percent approve of the president’s ban on Muslim refugees. Only 22 percent of evangelicals you participated in this poll oppose the ban. White mainline Protestants show less support, but still approve of the policy by a majority (50 percent).

These results are surprising, given the place refugee care in Christian teaching and Jesus’ widely known command to “love thy neighbor.”