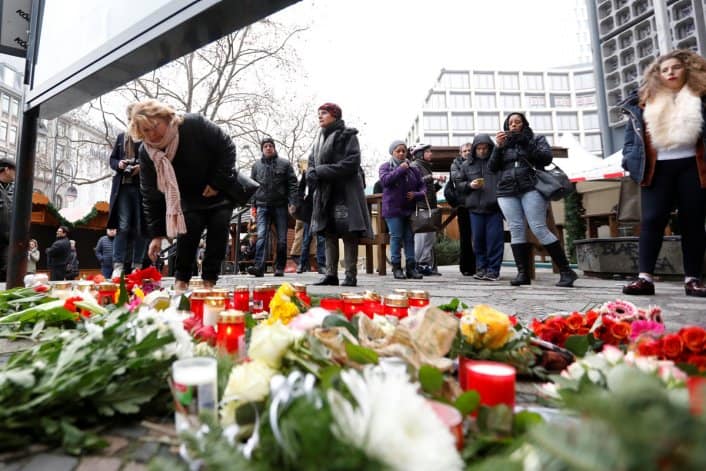 A suspect has been arrested in Berlin in connection with yesterday’s terrorism act where a truck plowed into a busy Christmas market in the country’s capital.

Germany’s interior minister originally pinpointed a 23-year-old Pakistani refugee as a suspect, but law enforcement officials later said that “it is actually not clear” if the man in custody was the truck driver. The chief prosecutor later went on to say that “a suspect is not a perpetrator” and that there were several priorities in the investigation.

The man in custody denies that he had anything to do with the attack.

The truck drove into a market crowded with people for about 150 feet killing 12 people and injuring 48 others. Chancellor Angela Merkel has contacted the mayor of Berlin and an investigation is ongoing. The market is at Breitscheidplatz, close to the main shopping street in the west side of the city and often referred to as the “heart of Berlin.”

As emergency vehicles arrived to the scene, people were instructed to stay indoors by city officials. German President Joachim Gauck called the event an “awful evening for Berlin and for our country” in a statement released this afternoon.

This attack bears a striking similarity to the attack in Nice, France earlier this year when 84 were killed during Bastille Day celebrations, a terrorist attack claimed by the Islamic State.

According to officials, the driver of the Polish truck was found dead in the passenger seat of the cab.

Security officials were aware and on high alert for attacks around holiday events in Europe. The United States Department of State issued a travel warning late last month urging Americans to “exercise caution at holiday festivals, events, and outdoor markets” all over Europe.