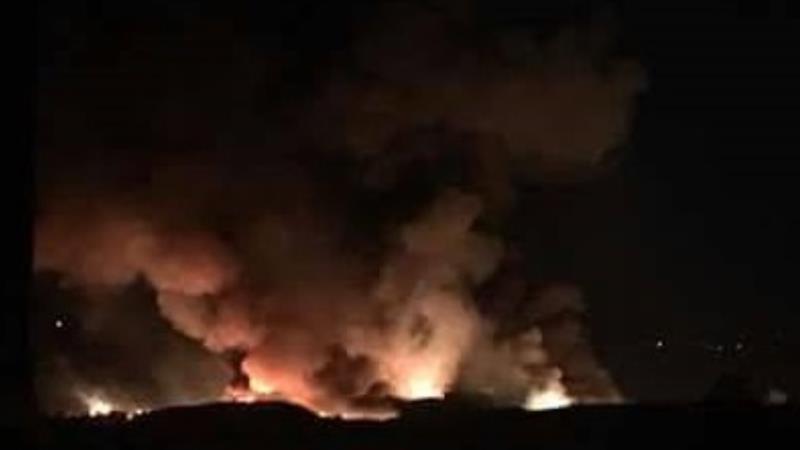 The Syrian army issued a warning to Israel after rockets hit a military air base outside of the capital city Damascus.

Parts of the Mazzeh military airport compound were in flames early this morning.

According to the Syrian government, this was the third strike by Israel recently, leading the army to release a statement: “Syrian army command and armed forces warn Israel of the repercussions of the flagrant attack and stresses its continued fight against [this] terrorism and amputate the arms of the perpetrators,” they said in part.

Israel has not commented on any of the previous strikes, though experts say that the strikes are to signal to Syria that they don’t want Syria with such advanced weaponry.

Syria is still in the midst of its own civil war, thus experts say it would be unlikely for it to strike back at Israel. Israel has been clear that they will not be a part of the ongoing Syrian civil war.

The Syrian Foreign Ministry wrote to the U.N. Secretary-General and the president of the U.N. Security Council saying that the attacks would not have happened if it weren’t for “direct support from the outgoing American administration and French and British leaderships.”