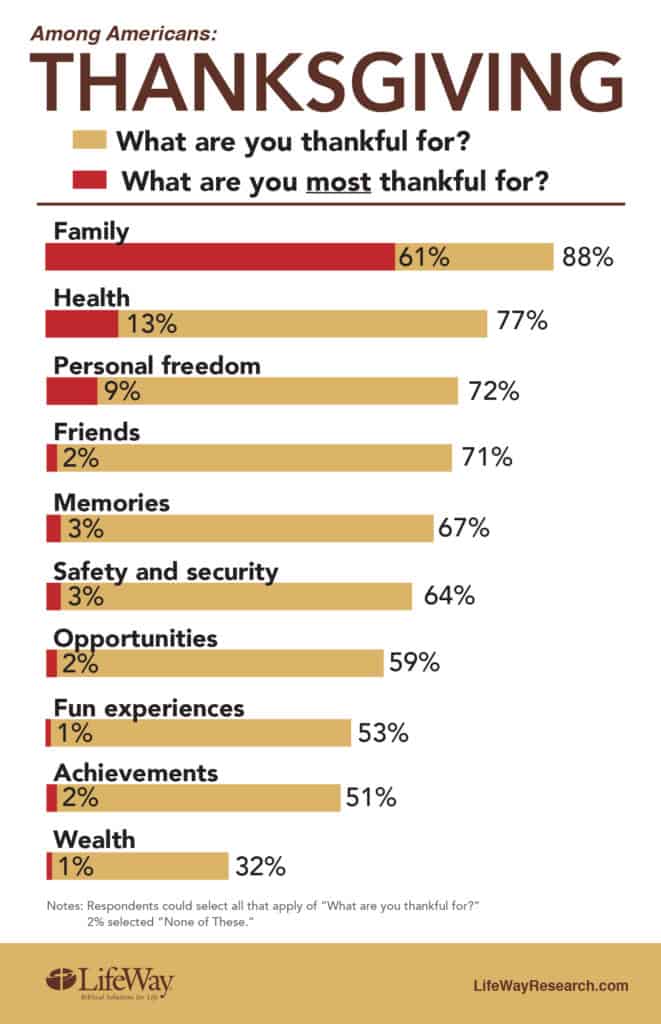 Next week is Thanksgiving, and it’s coming at the end of one of the most contentious, exhausting years in memory. In that sense, it might seem difficult for people to be in an uber thankful mood.

But a new survey suggests that American might actually be focusing on more important things this Thanksgiving. Basically, people care a lot more about family than money and material stuff, and that’s refreshing.

LifeWay Research released the results of a “representative survey of 1,000 Americans” that shows some encouraging responses. Here’s Americans are saying they’re thankful for this year (the yellow bar represents overal percentage of those who selected that item; the red represents the percentage who said that item is what they’re most thankful for):

And when it comes to material stuff, not that many people say they’re thankful for money (32 percent), contrary to what you might expect.

Still, it’s nice to see some news about people caring about each other for a change.

Researchers Have Figured Out What Millennials Really Want in a Church