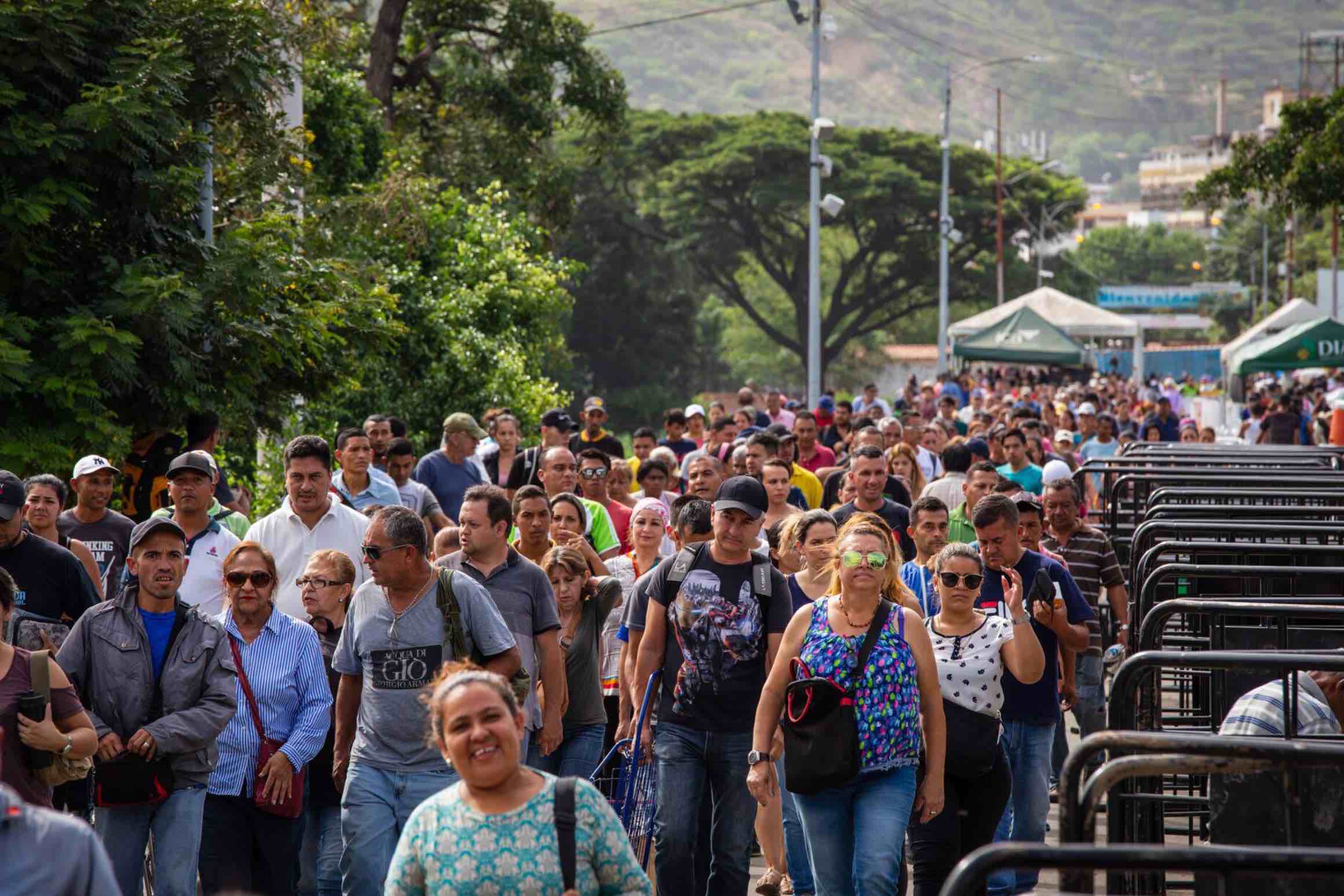 Jefferson broke down and cried as I prayed for him. The young father, 21 years old, had been bearing the heavy weight of responsibility for his young wife and their infant, as well as the grandmother he’d left behind in Venezuela.

Here at a shelter in Cucuta, Colombia, he was preparing to lead his family on a 180-mile trek on foot, joining thousands of Venezuelans each day who walk along the highway with little to no shoulder, squeezed between zooming buses and a sharp drop off. Their journey would take them thousands of feet up through a mountain pass known as “The Fridge” where parents worry about their children in the frigid temperatures.

My team and I traced this route Jefferson was about to take in our car. The line of people was constant. And it’s the same every day, as thousands of people leave Venezuela for good. One man who ran a local feeding center said he had helped nearly 920,000 people since it opened two years ago. In all, more than 4 million people have fled Venezuela. The United Nations predicts that by the end of this year, that will increase to 5 million—nearly as many as the number of Syrian refugees.

What you’ve probably heard about the Venezuela crisis isn’t the vast number of desperate, fleeing people or the rapidly rising child malnutrition. Instead, you may have heard about the politics, or maybe an explainer on the complicated math of inflation. It is complex—a currency that keeps changing, a country long propped up by oil prices now in collapse. But what it boils down to is that even people with jobs like doctors and teachers don’t earn enough to feed their kids.

The suffering of children is always personal to us at World Vision U.S., the Christian humanitarian organization whose founder, Bob Pierce, prayed, “Let my heart be broken with the things that break the heart of God.” But for me, this crisis is even more personal. I was born in the U.S., and I grew up in Venezuela. I left the country as a teenager after my family fell apart. Starting over in the U.S. was tough—I worked hard and took any job where they would hire me. Through the blessing of a scholarship, I eventually made it into a good college. I was able to experience the American dream firsthand.

During my childhood, Venezuela was the “American dream” of Latin America—the place everyone wanted to go, to seek out a better job and get a piece of the country’s prosperity. I grew up in a country that was united and prosperous and safe. That doesn’t exist anymore, and it’s surreal.

In the current, inflated economy, a month’s wages buys a small bag of cornmeal, half a carton of eggs, a little ham. Electricity and water are sporadic at best. Crime has risen dramatically. Fathers like Jefferson decide to take the dangerous journey out of Venezuela because they see no future for their children. Staying is dangerous, too. My friends who still live in the country tell me they’re afraid to go out at night. That they’ve blockaded their homes against looters and thieves. When I lived there, we left our doors unlocked.

What you probably also haven’t heard about this crisis is that Jesus is right in the center of it. The local Colombian churches have opened their doors to help. Each of the people I spoke with said their faith in God is helping them through. At World Vision, we’re motivated by our faith in Christ to follow Matthew 25 (“For I was hungry, and you gave me food to eat…”) and care for those in need throughout the world. And here in Colombia, I saw that same calling lived out again and again. I prayed with families and heard stories of God’s faithfulness. One feeding center that World Vision supports has banners that reference Matthew 14:13-21, and they’re doing just that—taking loaves and fishes in the form of the support that organizations like ours provide, and turning it into spiritual and physical comfort for more than 8,000 people each and every day.

I pray that as Americans, we can do the same. That we would see through the overwhelming numbers and complex math to the people in need. That we would offer up our loaves and fishes, no matter how small, and know that the combined efforts of World Vision, local churches, and others will be multiplied by God the Father to impact families in ways far beyond our imagination.

You can go here to learn about how to help the families and communities effected by the crisis in Venezuela.

Edgar Sandoval Sr. is president of World Vision U.S. Follow him at twitter.com/EdgarSandovalSr.

Phil Wickham on the Profound Power of Simple Worship