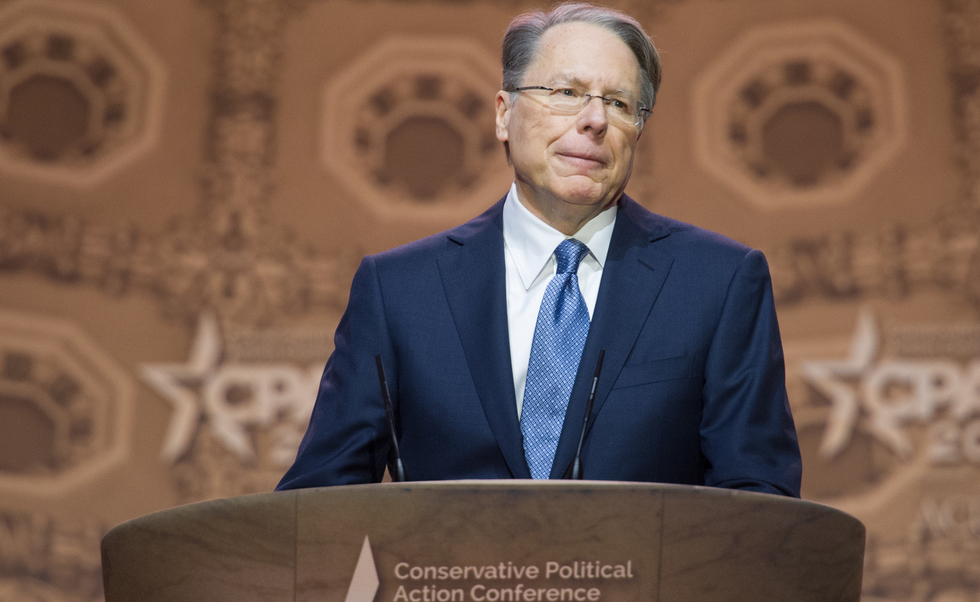 The New York Attorney General’s office made the extraordinary move to dissolve the National Rifle Association, citing an 18-month investigation that found evidence that the gun rights group is seething with “fraud and abuse.” In a lawsuit, Attorney General Letitia James said the NRA illegally squandered $64 million over a three-year period, misusing charitable funds and self-dealing to friends and family.

James has jurisdiction over the NRA, which is based in New York City, and NPR reports that dissolving the group is the most aggressive action she could take against the famously powerful lobbying group. “The NRA’s influence has been so powerful that the organization went unchecked for decades while top executives funneled millions into their own pockets,” James said in a statement. “The NRA is fraught with fraud and abuse, which is why, today, we seek to dissolve the NRA, because no organization is above the law.”

James specifically named Executive Vice President Wayne LaPierre, general counsel John Frazer, former CFO Woody Phillips, and former chief of staff Joshua Powell in her statement, citing numerous examples of abusing NRA funds for private jets and fancy vacations. James also said there have been attempts at whistleblowing from within the NRA that were silenced and retaliated against by LaPierre. James said LaPierre will be sued to reimburse the alleged misused funds.

The lawsuit comes at a precarious time for the NRA, already reeling under the burden of numerous legal troubles sparked by Congressional hearings and whistleblower complaints. Secret recordings of an NRA board meeting revealed the company had spent $100 million on legal issues in 2018 and 2019.