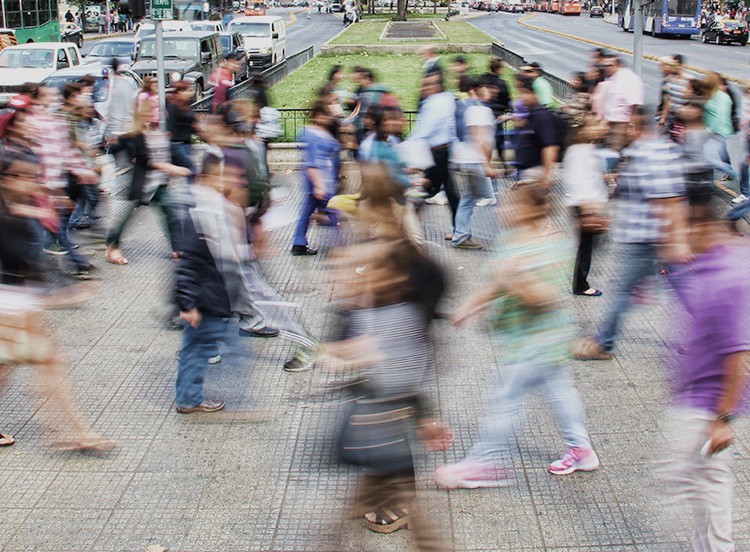 Political satirist and stand-up comedian Trevor Noah released a memoir last November titled Born a Crime, an autobiographical work documenting his upbringing in apartheid-era South Africa. The title of the book is taken from two pieces of legislation enacted in South Africa in the mid-twentieth century, the Prohibition of Mixed Marriages Act of 1949 and the Immorality Amendment Act of 1950.

These laws, specifically aimed at the black African population in South Africa, were passed to institutionalize the separatist and racially discriminatory agenda of the Afrikaner National Party in South Africa, a political group consisting of the descendants of the first European colonists in the 17th century.

Nearly two decades after the first apartheid law, the Supreme Court of the United States declared similar prohibitions against interracial marriage and “racial mixing” unconstitutional in the landmark case Loving v. Virginia in 1967. The court unanimously decided anti-miscegenation laws were unconstitutional as violations of the Equal Protection Clause in the Fourteenth Amendment of the U.S. Constitution.

The Loving v. Virginia case was brought before the Supreme Court following the arrest of Richard Loving, a white man, and Mildred Jeter, a black woman, upon returning to their home in Virginia after being legally married in the District of Columbia. In the eyes of the government in the District of Columbia, the Lovings were legally married. According to Virginia law, however, the Lovings were guilty of violating Section 258 of the Virginia Code which states:

If any white person and colored person shall go out of this State, for the purpose of being married, and with the intention of returning, and be married out of it, and afterwards return to and reside in it, cohabiting as man and wife, they shall be punished as provided in § 20-59, and the marriage shall be governed by the same law as if it had been solemnized in this State. The fact of their cohabitation here as man and wife shall be evidence of their marriage.

The Lovings were convicted under these laws and sentenced to one-year imprisonment for violating Virginia’s ban on interracial marriage, but the sentencing was suspended by the trial judge if the Lovings agreed to leave Virginia for 25 years. The Lovings appealed the decision made by the circuit courts over the next several years and the appeal was eventually heard by the Supreme Court in December of 1966.

In the unanimous Supreme Court decision condemning anti-miscegenation laws, Chief Justice Earl Warren wrote in his opinion for the case:

Marriage is one of the “basic civil rights of man,” fundamental to our very existence and survival. To deny this fundamental freedom on so unsupportable a basis as the racial classifications embodied in these statutes, classifications so directly subversive of the principle of equality at the heart of the Fourteenth Amendment, is surely to deprive all the State’s citizens of liberty without due process of law. The Fourteenth Amendment requires that the freedom of choice to marry not be restricted by invidious racial discriminations. Under our Constitution, the freedom to marry, or not marry, a person of another race resides with the individual, and cannot be infringed by the State.

These convictions must be reversed.

It is so ordered.

I am the firstborn son of an interracial marriage. The son of a white woman and an Asian man who by merit of their geographical location, suffered very little persecution or discrimination in their decision to marry across racial lines.

In accordance with the privilege of a home state that actively opposed the enactment of anti-miscegenation laws throughout its statehood, I never considered myself a minority simply because the inequality that plagued oppressed people groups had never been aimed at me. To the best of my recollection, the racial differences of my mother and father were never even a topic of conversation in our home.

In addition, the Christianity my family practiced celebrated the God of all nations, bowed in gratitude to the Son of God who died for collective humanity, and was led by the Spirit that unites diverse peoples and systematically deconstructs man-made barriers, be they physical, emotional or cultural.

The God I knew was no respecter of persons; He showed no partiality in His actions or words. The God I knew saw all as hopeless and in need of grace; there could be no superior people. The God I knew stood as defender of the oppressed, refuge for the alien, protector of the afflicted.

His people were meant to embody these characteristics, but in the face of certain wickedness and animosity stemming from racial differences, in many cases, churches sink into the passenger seat and hand the keys over for the secular culture to combat hatred and bigotry. Worse yet, many  churches seal their doors and exits and seek shelter from the fall out in the basement beneath the fellowship hall.

The events that transpired Charlottesville have deeply troubled me. Anguish over the brokenness of the world and churches that have forgotten their obligation to resist and impede the spread of oppression, injustice and discrimination is simply not enough.

Many may never experience persecution and discrimination of the kind we have seen throughout the course of our nation, but by intentionally creating relationships with those of different cultures, nations and backgrounds, the Church takes a step in the right direction.

By loving those across racial, cultural and social lines, the Church strives as one toward the advancement of the Kingdom of God in the world.

When the Church stands with the outcast, the oppressed, the rejected, the unjustly treated, the underrepresented, believers answer Christ’s call to lay down their life for their brother and sister.

is the founder and editor of He Calls Me Son. He is earning a master's degree in Old Testament at SEBTS and hopes to one day teach at a university level. He enjoys tattoos, a cup of coffee black as midnight on a moonless night, and the writings of Bonhoeffer and Steinbeck. Connect with him on Twitter @channitak