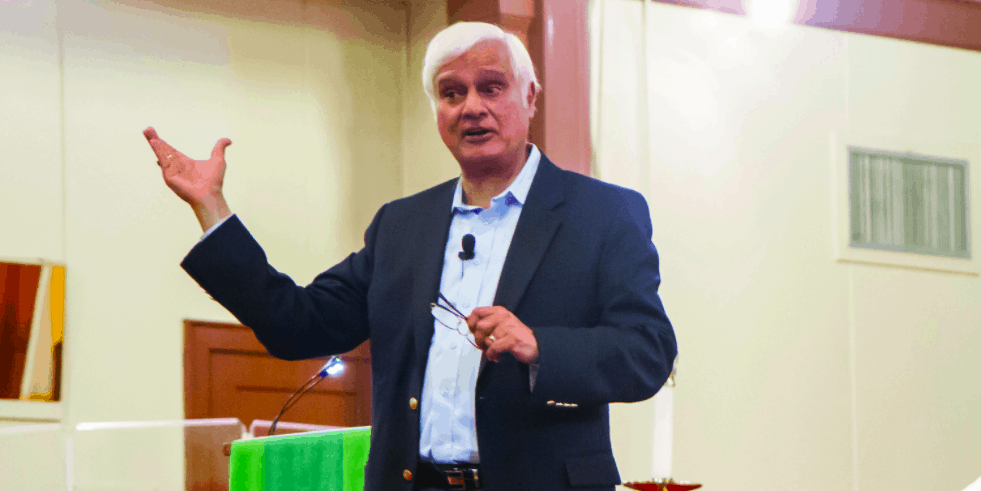 Back in 2017, Ravi Zacharias, who passed away earlier this week after a brief battle with cancer, was accused of an inappropriate online relationship with a woman that involved sexually explicit messages and photographs. Zacharias sued the woman and the matter was settled out of court under undisclosed terms. Now the woman at the center of those accusations, Lori Anne Thompson, has come forward with a video message, asking the Zacharias family to release her from the non-disclosure agreement she signed. Her video is posted here.

From our 2017 article on the scandal:

At the time, the Christian and Missionary Alliance dismissed those allegations, declining to discipline Zacharias. “Mr. Zacharias has also been accused of engaging in an immoral relationship with a woman through the use of electronic communications,” the organization wrote in a statement. “The C&MA recently completed a thorough inquiry of these accusations, including interviews with those involved and a review of all available documentation and records. While it is not appropriate to publicly discuss the nuances of these allegations, the available evidence does not provide a basis for formal discipline under the C&MA policy.”

Zacharias admitted that he “should not have been engaged in ‘extended communication’ with the woman,” but otherwise defended himself from the allegations, saying the photographs were “unwanted” and “offensive.”

“I have learned a difficult and painful lesson through this ordeal,” Zacharias wrote in the statement. “I failed to exercise wise caution and to protect myself from even the appearance of impropriety, and for that I am profoundly sorry. I have acknowledged this to my Lord, my wife, my children, our ministry board and my colleagues.”

Zacharias responded to the couple’s allegations with a lawsuit in which he claimed Thompson and her husband were attempting to extort him. Zacharias’ lawyers claimed that the woman’s husband was aware of the correspondence and that the couple, “conspiring together, labored relentlessly to foster a relationship with [Zacharias] in hopes of manipulating him into a compromising position.”

In her video, Thompson says that “[u]nder excruciating circumstances, I signed a non-disclosure agreement that does not permit me to defend myself, leaving me once again defenseless. To take the capacity to speak a person’s word may be the final blow. Freedom of speech is not only the First Amendment Right, it is also part of what it means to be fully human. After extensive trauma-informed care, I am taking this moment to ask the ‘heirs’ of that NDA for a full release from its terms and agreements — as my husband and I now have nothing that we do not wish disclosed.”

She also says that she has received care and counseling along with her husband.

“My husband and I have received extensive trauma-informed care through the incredible team of professionals at Dr. Diane Langberg’s office,” she says. “I’m pleased to be able to report that after a great deal of grueling work, Brad and I have managed to salvage our faith, mended our marriage, and have never been more madly in love.”

Thompson has posted a transcript of the video on her blog. The Zacharias family has not responded to Thompson’s request.