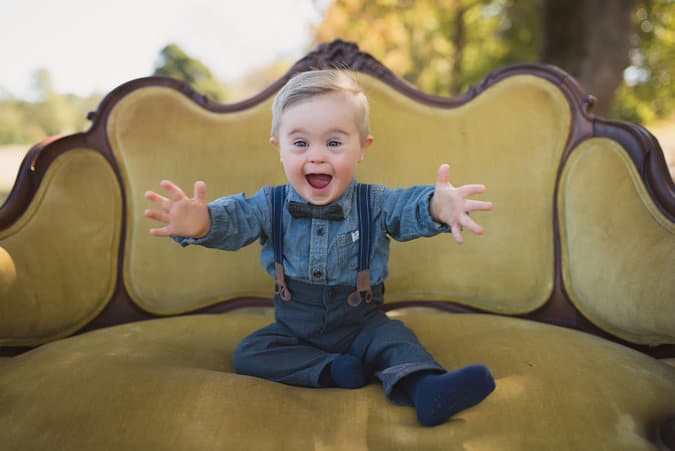 OshKosh has a new toddler modeling in their most recent campaign. The ad is a familiar one, featuring a cute kid smiling and wearing the company’s famous overalls. What is different about this ad is that the featured toddler has Down syndrome.

His name is Asher Nash and he is the new face of OshKosh’s holiday line. Initially, Asher was having trouble getting signed to an agency because of his Down syndrome, but that all changed when photos of the toddler went viral on Facebook.

In October, Asher’s pictures were uploaded to a group called, “Kids with Down Syndrome” and shared over 126,000 times. The photos made their way around the web and quickly caught the attention of OshKosh, who in just two months made Asher Nash the face of the clothing company’s holiday line.

OshKosh isn’t the first kid’s company to feature a model with Down syndrome and with all of the positive attention they’ve been receiving it certainly won’t be the last. We’re excited to see more authentic advertising from companies like OshKosh and even more excited about the opportunities becoming available for kids like Asher—who is possibly one of the cutest kids alive.

Oh Boy, This ‘Santa vs Jesus’ Board Game Is Causing a Stir

Holiday Parties and the Forgotten Vice of Gluttony