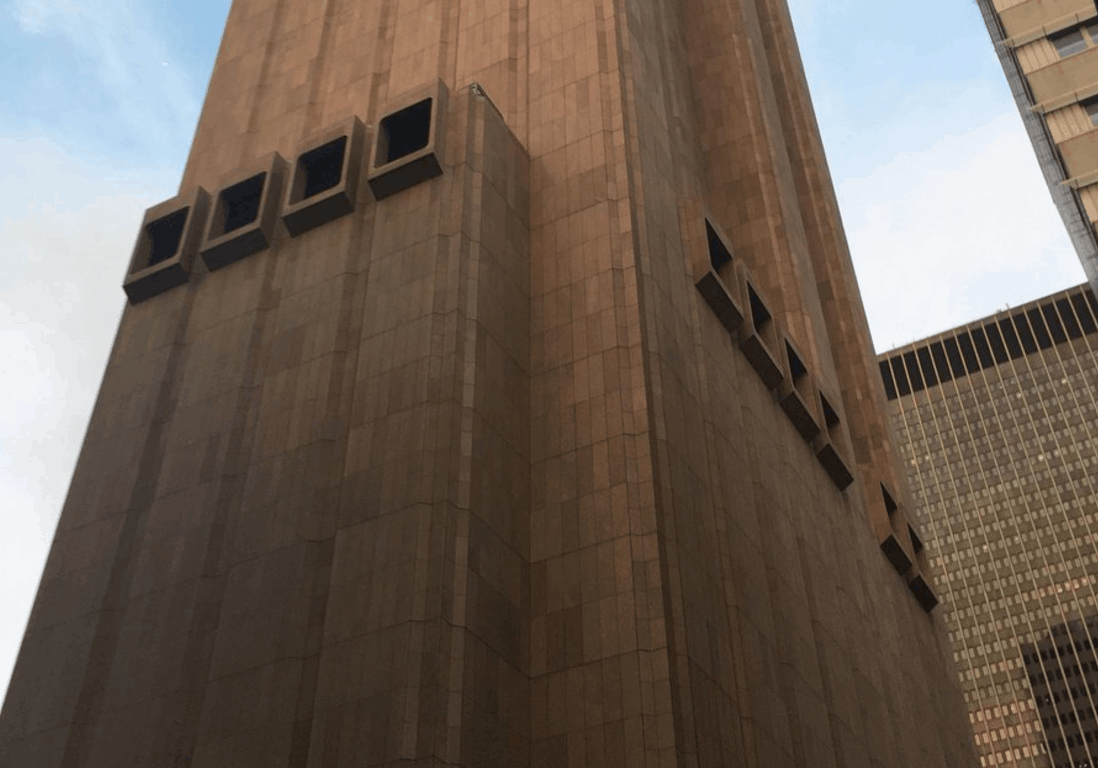 Actor Tom Hanks was out and about in New York City this weekend, and happened upon one of the creepiest structures in the city.

He tweeted an image of a towering, fortress-like building with no windows, lights or signage.

Seriously, it looks like what you’d expect a super-villain’s fortress to be.

This is the scariest building I've ever seen! WTF goes on inside?? Hanx. pic.twitter.com/nXeUI64rXm

As it turns out, 33 Thomas Street is actually a pretty strange place. It was built in the mid-’70s under a program called “Project X” and could help those inside survive two weeks of nuclear fallout.

Today, it is home to critical infrastructure for telecommunications equipment. And it may also be a hub for spying.

From an Intercept investigation, “The skyscraper is more than a mere nerve center for long-distance phone calls. It also appears to be one of the most important National Security Agency surveillance sites on U.S. soil — a covert monitoring hub that is used to tap into phone calls, faxes, and internet data.”

It turns out Tom Hanks is right. This is one scary building.

Yikes. This ‘Transformers: The Last Knight’ Poster Is a Mess