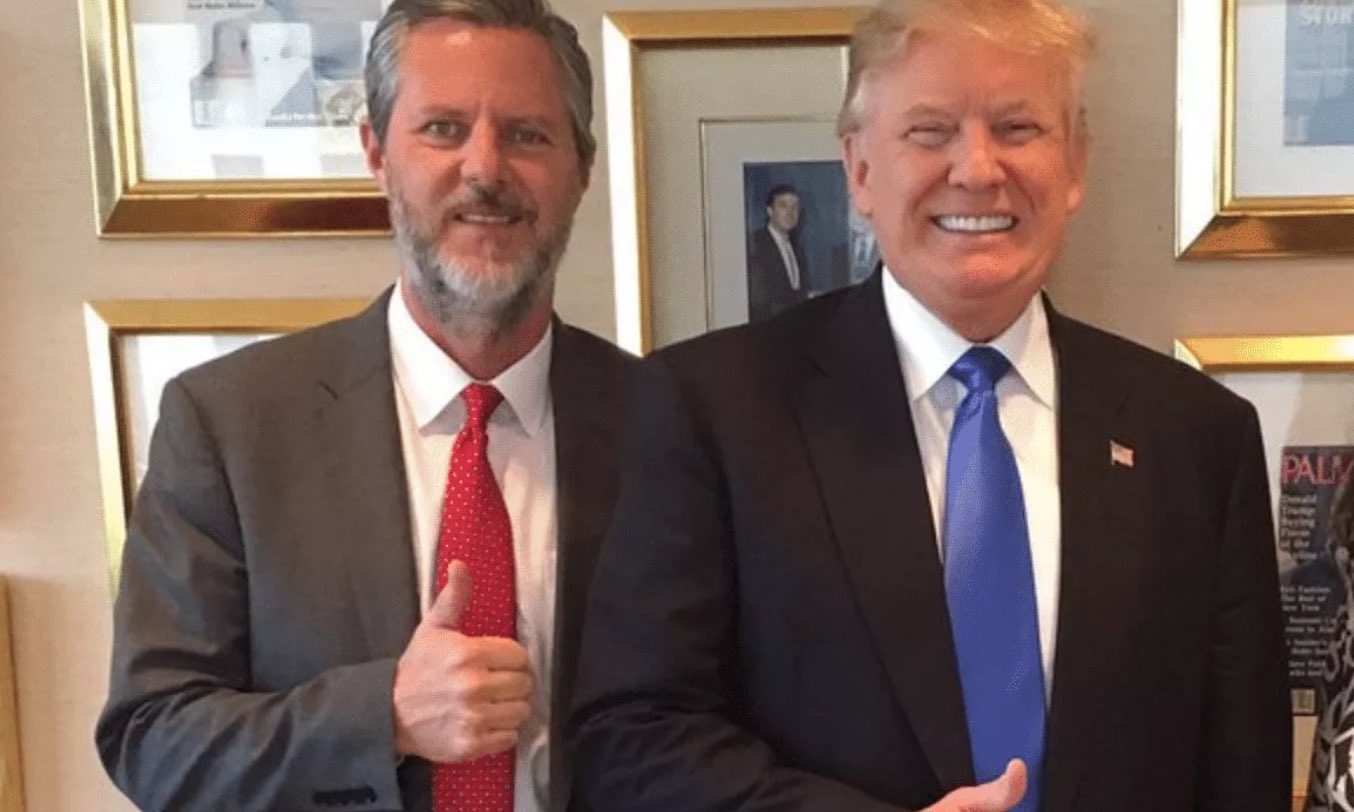 It appears that the president of Liberty University has deleted a crude tweet he sent to pastor and author David Platt.

Yesterday, he sent a tweet that read,  “Sorry to be crude but pastors like [David Platt] need to grow a pair. Just saying.” That tweet no longer appears on his timeline.

For a little context, he was referencing a recent statement released by Platt that addressed members of his church who were “hurt” by a recent visit by Pres. Trump to McLean Bible Church. In the statement, Platt explained, “At the end of my sermon at the 1:00 worship gathering, I stepped to the side for what I thought would be a couple of moments in quiet reflection as we prepared to take the Lord’s Supper. But I was immediately called backstage and told that the President of the United States was on his way to the church, would be there in a matter of minutes, and would like for us to pray for him.” Platt did indeed pray for the president on stage on Sunday.

However, in the statement yesterday, he said, “I only want to lead us with God’s Word in a way that transcends political party and position, heals the hurts of racial division and injustice, and honors every man and woman made in the image of God. So while I am thankful that we had an opportunity to obey 1 Timothy 2 in a unique way today, I don’t want to purposely ever do anything that undermines the unity we have in Christ.”

Falwell’s “grow a pair” tweet did not go over well with his Twitter followers. However, before deleting the Tweet, Falwell seemed to double down, insinuating that he shouldn’t be held to the same standards as a minister, even though he is the head of one of the largest Christian schools in the world.

He tweeted, “I have never been a minister. UVA-trained lawyer and commercial real estate developer for 20 yrs. Univ president for last 12 years-student body tripled to 100000+/endowment from 0 to $2 billion and $1.6B new construction in those 12 years … The faculty, students and campus pastor @davidnasser of @LibertyU are the ones who keep LU strong spiritually as the best Christian univ in the world. While I am proud to be a conservative Christian, my job is to keep LU successful academically, financially and in athletics.”