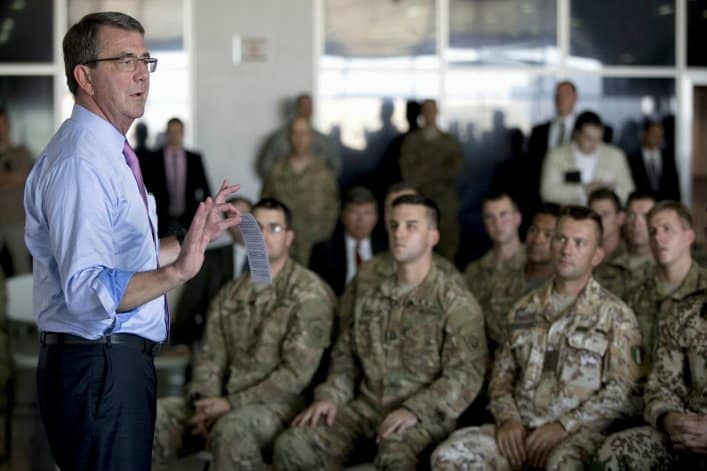 Defense Secretary Ash Carter announced this morning that 560 more troops will be sent to Iraq to help retake Mosul from ISIS.

The additional troops will bring the number in Iraq to 4,647, though the Washington Post notes that the number may be closer to 6,000, when it takes the troops deployed on temporary assignments into account.

The majority of the new troops, according to reports, will be helping build up the newly recaptured Qayara air base, which is about 40 miles from Mosul, and will include engineers and troops to work on logistics.

“These additional U.S. forces will bring unique capabilities to the campaign and provide critical enabler support to Iraqi forces at a key moment in the fight,” Carter said in his announcement.

ISIS captured Mosul in the summer of 2014 and has been used as their headquarters since then.