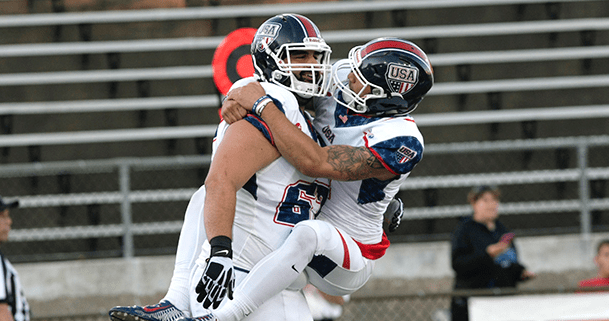 Every four years since 1999, the International Federation of American Football (IFAF) has held a world championship. (The “world” part of the championship is questionable, as it turns out that only about 12 or 13 countries actually send teams.) As might be expected, the U.S. usually does pretty well in this tournament, being the country where the sport is most widely played. But at this year’s tournament, held in the U.S. for the first time since the IFAF World Championship began, the American team is really cleaning up, beating the French team 82-0 in the semi-finals. The team will face Japan in the gold-medal match Saturday at 7:30 p.m. EST.

TLC Has Canceled ’19 Kids and Counting’