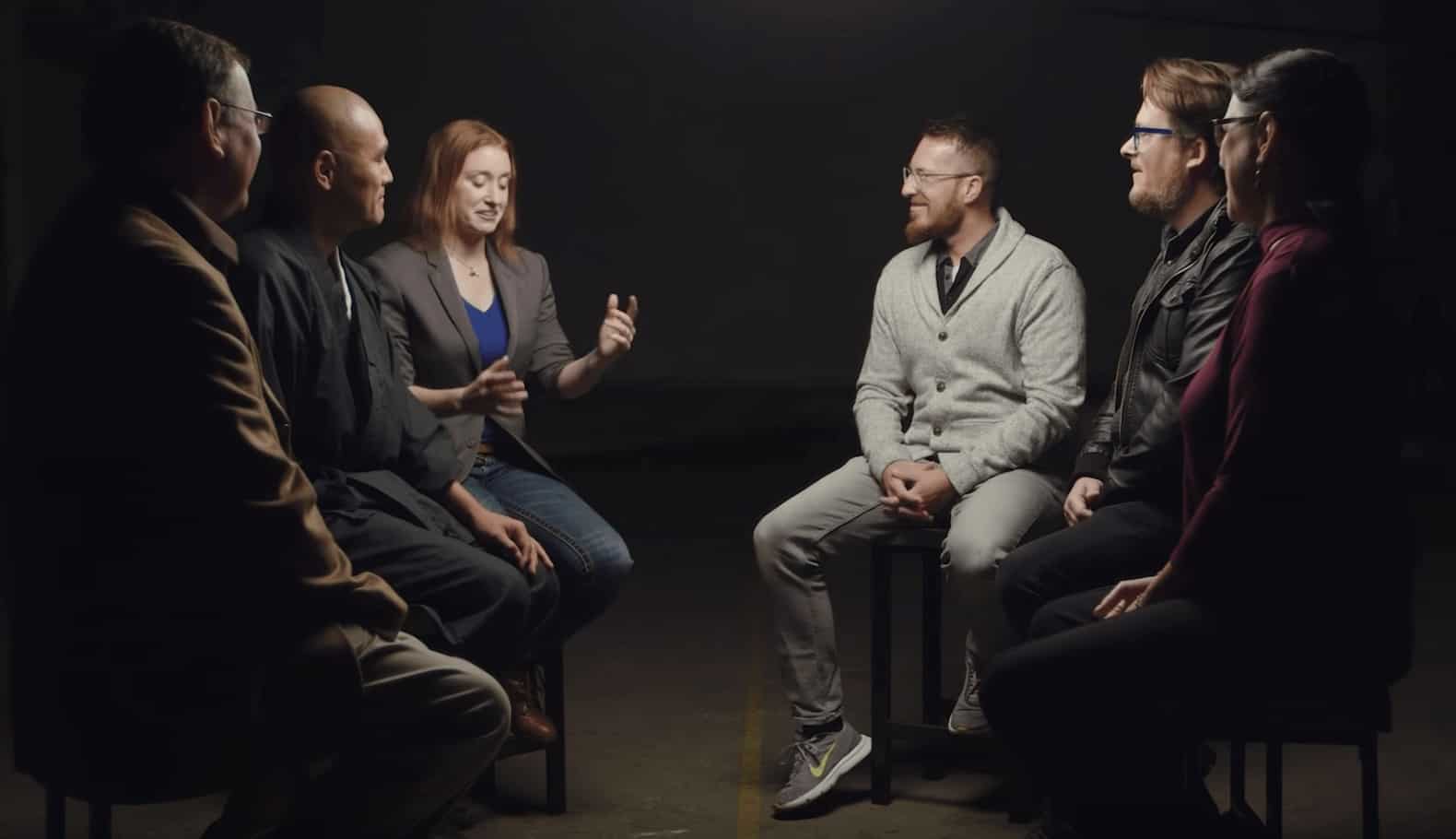 In the popular YouTube series Middle Ground, two parties are positioned opposite one another to see where their beliefs, value systems and understandings align and fragment. In the past, the series has done Black Lives Matter activists and police officers, Trump supporters and immigrants and now, religious leaders and scientists.

The results may surprise you.

In the video, a Christian pastor, Jewish rabbi and Buddhist teacher dialogue with a volcanologist (awesome), geologist and chemist. The six individuals listen to statements and enter a circle if they agree. Those in the circle have a small discussion about what they agree on, then they’re joined by the people who disagree for a wider conversation. The statements in this video include:

An insightful moment comes during the topic of a created world, when only the Christian pastor steps forward.

“This is literally my greatest fear, that I would be all alone in the circle,” he says, laughing. “I believe this world was created. I’ve placed my faith in a God that is infinitely creative in what He has made. He then deserves my worship and my affection.”

The geologist responds: “I’ve battled creationism most of my career. When I step back from when I was a religious person when I was younger, I look at this and say what we see now about the universe shows how poorly designed it is. That doesn’t speak to a very benevolent creator. If anything, it makes him look bad.”

Amy, the rabbi, adds: “I don’t believe in a supernatural god. I’m a reconstructionist Jew. I don’t need a supernatural creator to remain astounded in the beauty of this world. It’s magical and worthy of awe and respect. I want to live in relation to that amazement.”

Sorry Weird YouTubers, But No One in Hollywood Is ‘Aghast’ at Chris Pratt’s Christmas Sermon