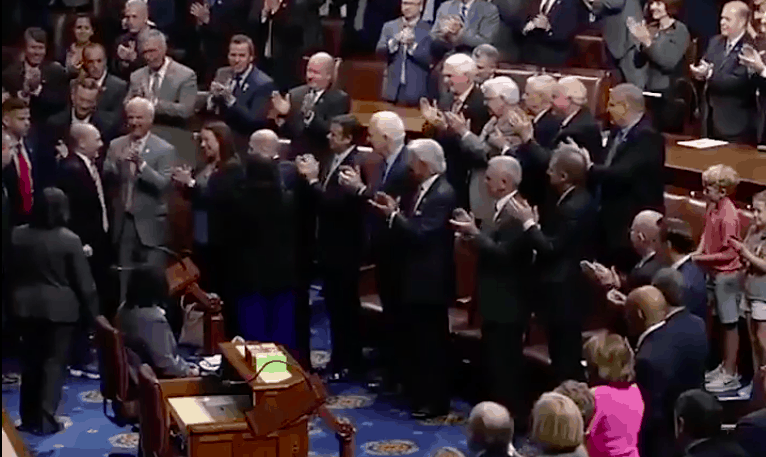 Last summer, the U.S. was shocked when House Majority Whip Steve Scalise was shot during a congressional baseball game practice. On Thursday, he got back to work on a pair of crutches and was greeted by a standing ovation to bring the House down in the rare (for this era) actual heartwarming moment in U.S. politics.

According to ABC News, Scalise said the shooting changed his life but “not in the ways you might think.”

“So many others of you, again, both Republican and Democrat, reached out in ways that I can’t express the gratitude and how much it means to me, Jennifer and our whole family,” Scalise said. “It really does show the warm side of Congress that very few people get to see.”

“It’s only strengthened my faith in God, and it’s really crystallized what shows up as the goodness in people,” Scalise continued. “I got to see that goodness in people and so while some people might focus on a tragic event and an evil act, to me, all I remember are the thousands of acts of kindness and love and warmth that came out of this and kept me going through all of it and again, just re-emphasized just how wonderful most people are and how much compassion there is out there.”

Scalise also thanked his security detail, who fired back at the gunman even though they’d already been injured, and Rep. Brad Wenstrup, a medical doctor who was able to put a tourniquet together while Scalise lay wounded on the baseball field.