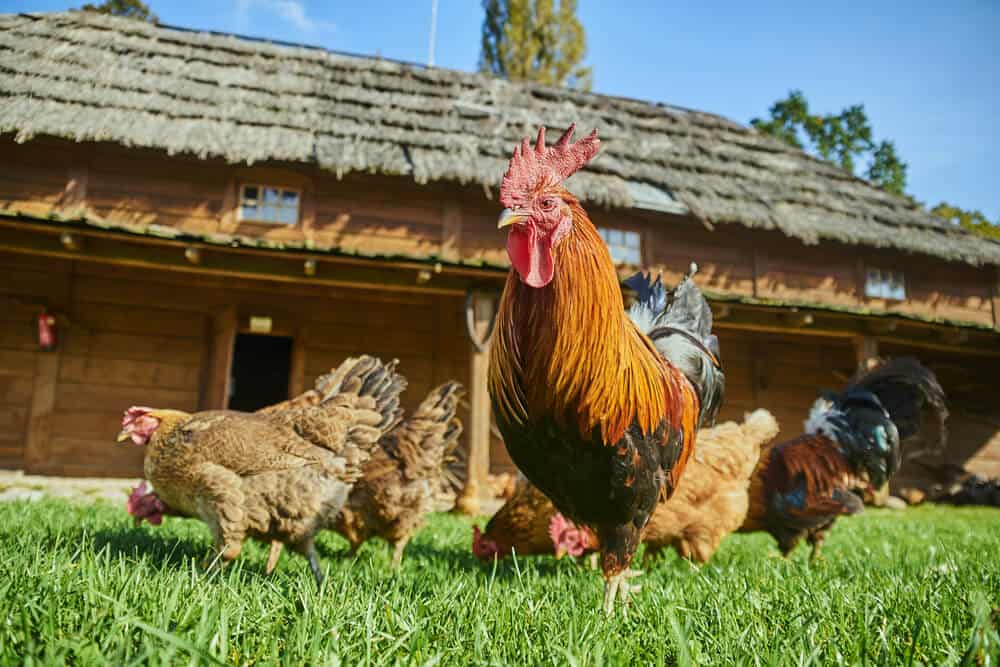 A troubling murder rocked a quiet farm school in northern France this morning, where it’s been reported that a local fox who was trespassing inside a local chicken coop was ambushed by the residents and pecked to death. Authorities will not charge the chickens, as it was clearly an act of self-defense (or was it??).

Reports indicate the fox invaded the hen house through an automatic door that shut behind it and trapped it inside. Sound like a dream scenario for a hungry predator? Not this time. The hen house, home to some 3,000 chickens, went into defense mode. Pascal Daniel, head of farming at the French agricultural school where the farm is located, told BBC News: “There was a herd instinct and they attacked him with their beaks.”

Locals found the body of the fox the following day with signs of repeated blows to its head and neck. Daniel said the six-month old animal was likely panicked facing down multiple thousand defensive locals, explaining the chickens in this area can be “quite tenacious when they are in a pack.”

As the community reels from the sudden violence, questions still linger: What, if not protection, could have driven these sleepy hens to such a vicious act? What secrets could be hiding in the corners of their coop? Have the chickens killed before? Might they kill again?

For further updates from this shaken and disturbed community, keep it right here at RELEVANT, home to only the most important news.

When Cuss Words, Addiction and Shame Show Up at Church