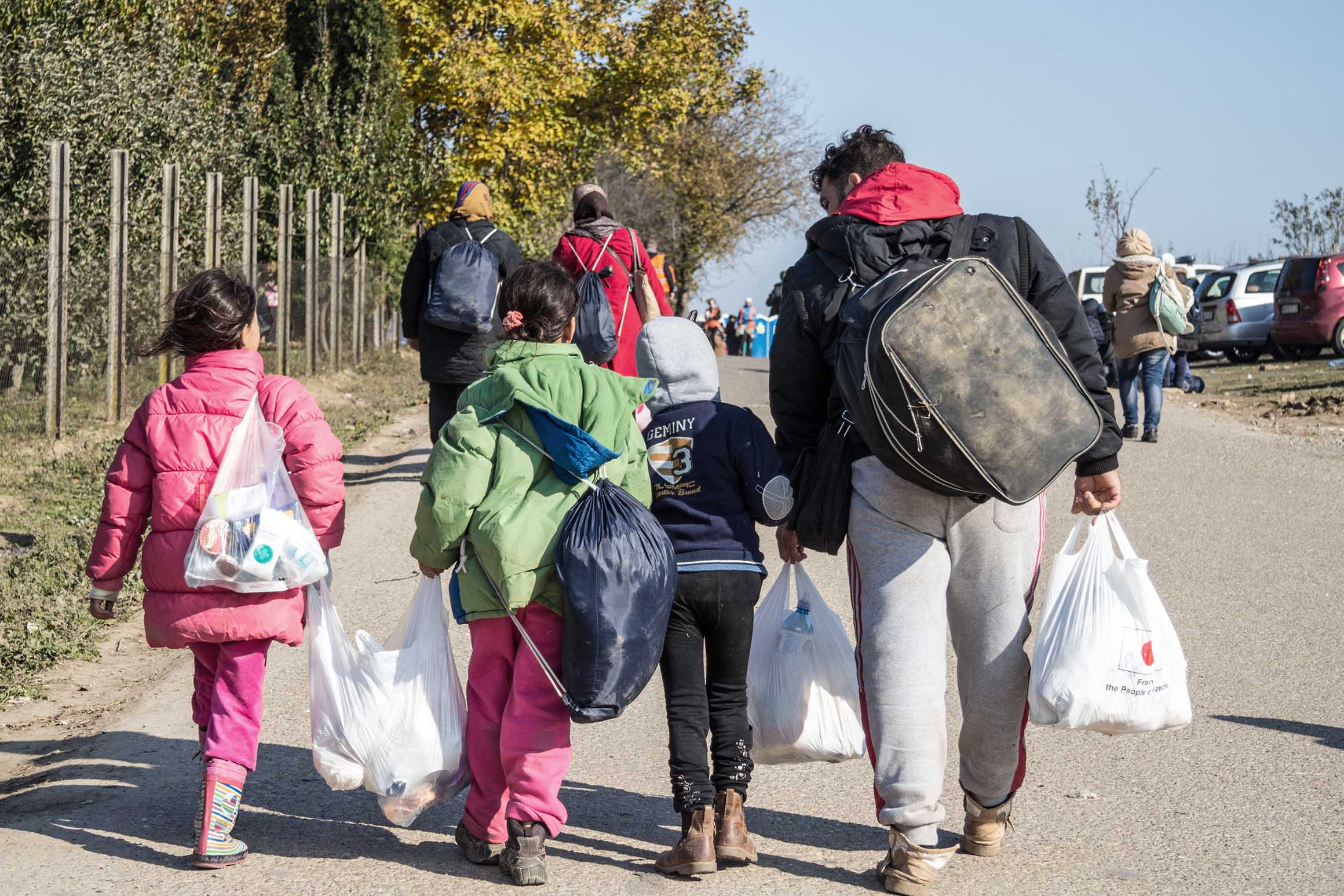 According to lawyers and doctors who have been able to visit the facilities, many of the children do not have adequate access to food, water and basic sanitation supplies. Many are sick and are being forced to sleep on a concrete floor. Four children have died in government custody in recent months.

Meanwhile, attorneys for the Trump administration have seemed to argue that the government shouldn’t be required to provide them with things like soap and toothpaste.

A Trump official tried to argue that detained children don’t need soap, toothbrushes, or beds to be ‘safe and sanitary’ while in Border Patrol custody pic.twitter.com/sRFPZsDbwy

In light of the recent debate, we’ve compiled several Bible verses as a reminder about what God thinks about children and how they should be treated

Whoever Welcomes Them, Welcomes Jesus Himself

They Should Not Be Caused to Stumble

Jesus said to his disciples: “Things that cause people to stumble are bound to come, but woe to anyone through whom they come. It would be better for them to be thrown into the sea with a millstone tied around their neck than to cause one of these little ones to stumble. So watch yourselves. – Luke 17:1-3

Children Are Our Heritage

Children are a heritage from the Lord, offspring a reward from him. Like arrows in the hands of a warrior are children born in one’s youth. – Psalm 127:3-4:

Their Praise Is Pleasing to God

The blind and the lame came to him at the temple, and he healed them. But when the chief priests and the teachers of the law saw the wonderful things he did and the children shouting in the temple courts, “Hosanna to the Son of David,” they were indignant.  “Do you hear what these children are saying?” they asked him. “Yes,” replied Jesus, “have you never read, “‘From the lips of children and infants you, Lord, have called forth your praise’?” – Matthew 21:14-16

Their Praise Is Powerful

Through the praise of children and infants, you have established a stronghold against your enemies, to silence the foe and the avenger. – Psalm 8:2

They Are Welcome in His Kingdom

They Are Not to Be Mistreated

“See that you do not despise one of these little ones. For I tell you that their angels in heaven always see the face of my Father in heaven – Matthew 18:10

People were bringing little children to Jesus for him to place his hands on them, but the disciples rebuked them. When Jesus saw this, he was indignant. He said to them, “Let the little children come to me, and do not hinder them, for the kingdom of God belongs to such as these. Truly I tell you, anyone who will not receive the kingdom of God like a little child will never enter it.” And he took the children in his arms, placed his hands on them and blessed them.- Mark 10:13

They Should Be Raised with God’s Love

Start children off on the way they should go, and even when they are old they will not turn from it. – Proverbs 22:6

This Is the Worst! ‘The Office’ Is Leaving Netflix

This Trailer for ‘Midway’ Is Mostly Explosions, But Looks Very Cool