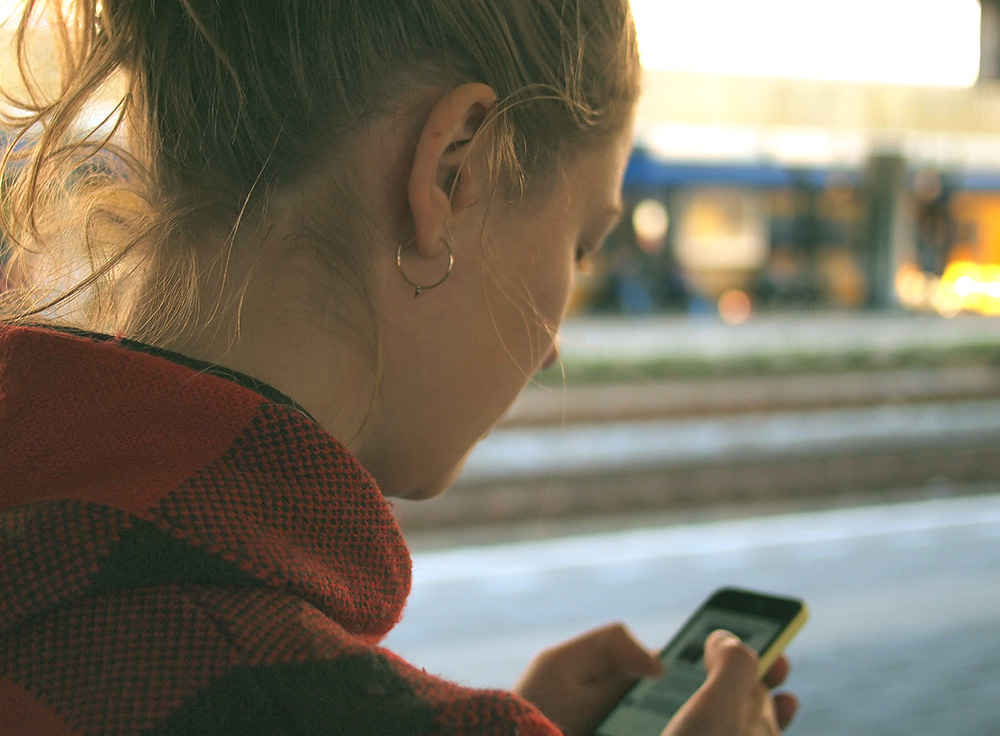 On April 18, Sarah Bessey started the Twitter conversation using the hashtag, #ThingsOnlyChristianWomenHear. It took off in a way few of us expected. By the next morning it was trending, and at the time of this writing, women are still sharing experiences.

#ThingsOnlyChristianWomenHear gives a voice to our often silenced experiences of misogyny, abuse, sexism and rape culture in the Church, and it highlights ways people twist the Bible to justify these things and keep us quiet.

This goes far beyond debating complementarian vs. egalitarian theology to sharing how we’re hurt and harmed by ways certain theologies are carried out in the Church.

Objectification of Our ‘Dangerous’ Bodies

We’re taught our bodies are dangerous sexual objects, and we must protect men because they can’t control themselves. Not only is it shame-inducing, but it messes with our identity and even our married sex lives.

"Men will look at you and be tempted and sin." We say this to 12 year old girls. I was ashamed until my 20s. #ThingsOnlyChristianWomenHear

Abuse and Rape in the Church

Beyond objectification, women shared experiences of abuse and rape—including marital rape—being ignored or even justified by the Church.

Women shared stories of being given responsibilities of leadership, but being denied the title simply because we’re female—or about being denied opportunities to use our God-given spiritual gifts. We talked about being told we exist for the primary purpose of being a wife and mother.

Kids pastor retires after 20 yrs "Orignially we weren't sure if she could be a pastor because she's a woman." #ThingsOnlyChristianWomenHear

"You don't want children?! Why not? You were created to be a Godly mother."#ThingsOnlyChristianWomenHear

Erasing BW from church histories except for their position to a man within the church (ex. pastor's wife) #ThingsOnlyBlackChristianWomenHear

Responses to the hashtags varied from support and “me too” to theological arguments about why the responders are wrong, to accusations that they’re not Christians, to personal attacks, to telling the women to shut up because they’re making the Church look bad.

People took Bible verses out of context to prove us wrong and try to silence us. People said Muslim women experience worse. People called others liars. And of course, they told women on Twitter that not all churches are like that.

Many of the responses that tried to shut the whole thing down did little more than exemplify why the conversation is necessary.

Even if you’re 100 percent complementarian in your theology, and don’t want to examine an alternate view, you can still listen and defend women from abuse. You can still speak up when your theology is being used to harm women. Your theology teaches that you are to protect us, doesn’t it?

Other people experiencing worse things than us does not mean we don’t have a right to shine light on our experiences.

And if your church isn’t like that, and you were never told these things, I am genuinely happy for you. Please don’t discount our experiences. In fact, please listen to us and use your voice to help us fight.

4 Ways to Respond to #ThingsOnlyChristianWomenHear

I chose to share my experiences of #ThingsOnlyChristianWomenHear to express empathy and work for change.

We want all women to be able to come to church and encounter Jesus. Jesus is not misogynistic, abusive or sexist. So any interpretation of Scripture that promotes misogyny, abuse, sexism or rape culture cannot be the true meaning of that Scripture. Jesus cannot be who He is not. And when our words, actions and rules cause harm to women, we are not presenting Jesus for who He really is.

Jesus did more to elevate women than anyone in history. It’s time for Christians to stop using Him to demote and hurt us.

If you want to be part of the solution and help move the Church toward a more Jesus-honoring treatment of women, here’s how you can help:

In order to help move things forward, we need to understand where we are. The first thing the Church needs to do is listen to the women who are sharing our stories. Don’t assume you know how women experience life in your church. Read through the hashtag. But more importantly talk to the Christian women in your life. Ask the women in your church.

2. Examine Your Words and Actions.

Changing a culture starts with ourselves. Before we can address the issues of misogyny, abuse, sexism and rape culture in the Church as a whole, we need to examine ourselves. Is anything we say or do explicitly or implicitly contributing to those things? What about anything we fail to say or do?

This applies to women as well. Sometimes we’re just as guilty of perpetuating this culture as men are. I know I’ve been guilty of it.

Once we examine ourselves, it’s time to repent and change anything that’s harming anyone in our individual churches or communities.

This is a difficult, but necessary step. If our theology is harming women, it’s time to take a careful look at it because it’s probably not of Jesus.

I came to a point where I realized some things I was taught did not line up with who I knew Jesus to be. So I decided to read the whole Bible, cover to cover, for myself instead of just believing what I was told.

I learned it’s amazingly easy to take a verse or two out of context and build a doctrine around it. But when we read the full story of Scripture we get a different picture. It’s also vital to understand the genre and context of each book of the Bible.

I also learned Jesus wants us to know Him and the truth.

When we’re studying it’s important to look for reliable, more consistent interpretations of Scripture that consider context as well as original audience and meaning.

When we read the Bible, pray with an open heart and mind, and study outside of our echo chambers, we may be surprised at what Jesus reveals to us.

Personal reflection and repentance is key, but if we want to see change that benefits the women in our lives and the world, we can’t stop there.

We need to speak up when we witness harm being done or lies being spread. We can’t allow misogyny, abuse, sexism and rape culture to exist in our churches. We have a responsibility to stand against it and fight for women.

And we also need to speak life and truth about what Jesus really says about women.

#ThingsOnlyChristianWomenHear is shining a light on areas of darkness in the church. It’s time to listen and act.

writes regularly at her blog, Redeemed for More. She lives with her husband and kids in South Carolina.

The Attitude Jesus Wants From All of His Followers