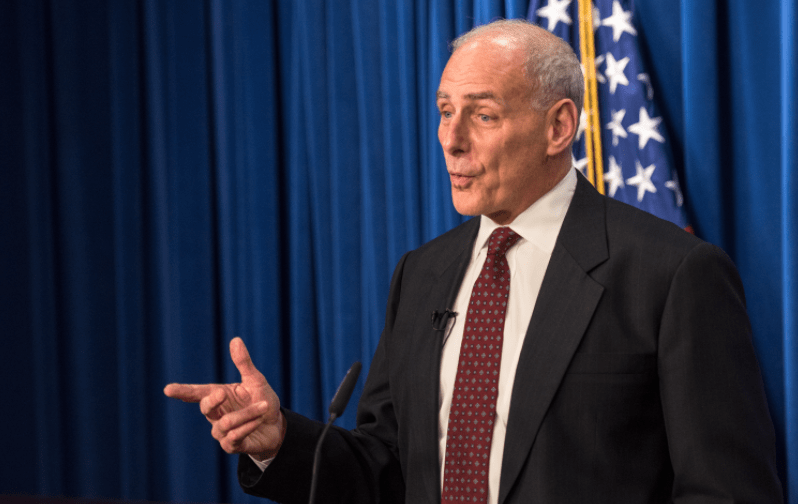 In an interview with Fox News, White House Chief of Staff John Kelly claimed that the Civil War came from “a lack of ability to compromise,” while praising Robert E. Lee as an “honorable man.” He said this in defense of the United States’ Civil War monuments, which a number of cities have chosen to remove in recent years. Kelly disagrees with this removal because, he says, it’s a mistake to apply today’s standards of morality to the past.

Setting aside the notion of whether or not opposition to slavery is really a fresh notion that would be unfair to expect Americans in the mid-1800s to abide by, Kelly’s comments were roundly criticized. Famed writer Ta-Nehisi Coates took to Twitter to post a lengthy thread worth reading in its entirety, and it has some sharp words for Kelly.

The entire thread can be read here.

Kelly is widely believed to be one of the steadier hands in President Donald Trump’s administration and gets a lot of credit from pundits and White House insiders as a stabilizing force. But he’s been embroiled in a few controversies of his own in recent weeks, including a moment where he was caught lying about Representative Frederica Wilson’s comments.

In the Fox News interview, Kelly stated that he would “never” apologize to Rep Wilson.

The Scary Truth About Your Halloween Candy

Why an NFL Owner’s Prison Analogy Is So Troubling