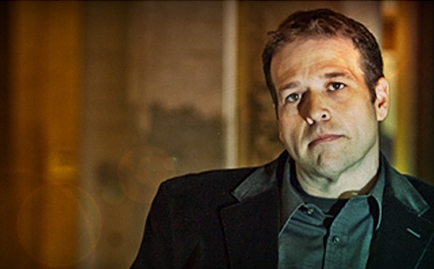 The church in America is led by scholars. Essentially, the Church is a robust school system created around a framework of lectures and discussions and study. We assume this is the way its supposed to be, because this is all we have ever known. I think the scholars have done a good job—but they’ve also recreated the Church in their own image. Churches are essentially schools. They look like schools with lecture halls, classrooms, cafeterias and each new church program is basically a teaching program.

The first disciples were not teachers, they were fishermen, tax collectors and at least one was a Zealot. We don’t know the occupation of the others, but Jesus did not charge educators with the great commission; He chose laborers. And those laborers took the Gospel and created Christian communities that worked, that did things and met in homes and were active. They made speeches, to be sure, but so do businessmen and politicians and leaders in any number of other professions. Educators make speeches and do little else, except study for their next lecture. I wonder what the first disciples would think if they could see our system of schools, our million lectures, our billion sub-lectures, our curricula and our lesson plans. I think they’d be impressed, to be honest, but I also think they’d recognize a downside.

Church divisions are almost exclusively academic divisions. The reason I don’t understand my Lutheran neighbor is because a couple academics got into a fight hundreds of years ago. And the rest of the church followed them because, well, they were our leaders. So now we are divided under divisions caused by arguments a laboring leadership might never have noticed of cared about. Practitioners care about what works, what gets things done. They have to agree because there are projects on the line. Educators don’t have to agree at all. They can fight and debate and write papers against each other because, well, the product they are churning out is just thought, not action.

So why are we led by teachers? After all, the Church and the school system are the only institutions in our culture led purely by academics. Well, the reason is the printing press. The government once controlled the Church, but that ended when the printing press was invented and people could read the Bible for themselves. And the scholars were the only people who could read, so they got the job of church leadership by default. So church leadership went from fishermen, to government workers, to scholars. I wonder who’s next? I’ve got money on music executives, if only because they’re all looking for work.

Because we’ve been led by scholars for so long, we have slightly distorted ideas about Christian discipleship. If you want to grow in Christ, you should study more. Christian growth, then, is an academic path. And like educators, we only advance to become higher level educators. The point of learning is always teaching which produces further learning and then more teaching. The only difference between the Church and another educational institution is that nobody ever graduates from the Church. We just keep going to school.

But if normal people like you lead the church, won’t the church be led by heretics? Yes … and it already is.

In the great commission, Jesus graduated His first group of students. He pushed them into the world and said: "You don’t know everything, but you know enough. You’ll have a guide and that guide will be with you always. Go and teach the world to obey my commands." Because they were fishermen and tax gatherers, they went and did it. Did Jesus teach them for three years? Yes, He taught them by doing, in action, with people, by touching stuff, not by taking over a school and recruiting educators. I wonder what they would have done if they had been professional scholars? My guess is they would have talked the command into a tailspin, dissected it into a million pieces, then divided themselves into different intellectual camps and built a bunch of schools to teach their various interpretations.

Let me ask you this: Aren’t you a little tired of scholars and pseudo-scholars fighting about doctrine? Is it worth it that you are divided against other denominations because scholars picked up their ball and stomped off the playground? If you are tired, then be the Church. I’m not kidding—you don’t know everything, but you know enough. Be the Church and be united. Let the academics go to an island and fight about the things that matter to them, and we will be united based on the things that matter to us.

So maybe if you’re a doctor or a plumber or a carpenter, you should lead the church. Maybe the church needs some of you who don’t write and speak and teach for a living to step up and put some action to our faith. I wonder what your churches would look like? Maybe you could meet in homes, appoint some elders, pray for each other, read the Bible to each other and then just serve your communities and each other in love. Maybe you wouldn’t need a classroom at all. Go ahead, lead. You’re qualified. You’ll have a guide. You’ve graduated.

* Whenever I write a post like this, I encounter dualism and people who think I’m saying if Jesus didn’t choose educators, then Bible college is wrong. We really have to stop thinking in either/or. There is no path, there is only a guide. There are a million right ways to be the Church.

U.S. Forces Leave Base in Pakistan