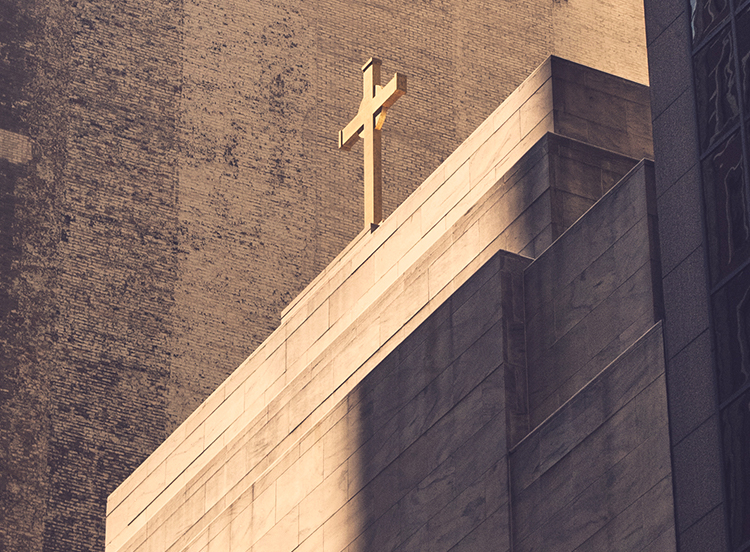 On its face, it’s a puzzling phenomenon: Why would Christians who are usually vocal about sexual sin be so quick to defend men entrusted with so much power? Why do so many churches stay silent about abusive leaders or blame victims instead of seeking justice?

As a friend and sister to sexual assault survivors, two of whom were assaulted in Christian environments,  I’ve seen many Christians explain away sexual assault when it happens within their communities.

Why are we often so apathetic about seeking justice for sexual sin when it’s on our doorstep?

We Think Those Who Commit Sexual Crimes Must Be Unlikable

In a desire for justice, we often cast perpetrators as monsters. In Miami, for instance, there was a period when the only place for registered sex offenders to live was under a freeway overpass.

As much as I want justice for victims, throwing perpetrators into the outer darkness blinds us all. If those who commit sexual crimes are monsters, then they couldn’t possibly look like our beloved family member, friend, pastor or favorite television personality.

It’s in this way that we overlook abuse within our own communities. This is especially dangerous because, as Kathryn Joyce put it in the American Prospect, “… churches are targets and havens for abusers.”

The Bible deflates our faulty assumptions about those who abuse. David, God’s chosen king, both abused his kingly power over Bathsheba and remained brutally apathetic about the assault of his daughter. In addition, God’s chosen people are collectively implicated in the horrific rape and dismemberment of the concubine in Judges.

With half of American women experiencing some kind of sexual violence in their lifetime, sexual sin is common. It happens within our churches, families, media outlets and governments. Its perpetrators are often people we admire.

It’s hard to stay clear-eyed about the pervasiveness of sexual sin and to accept that even people we like might be capable of it. But sin itself is insidious. It’s only by abandoning naiveté that we’ll invite justice in.

We Focus on Individual Bad Apples, and Stay Blind to Structural Sin

Most of the Bible is written to communities. But in our individualistic society, we focus only on individual actions, and don’t recognize how organizations (such as Fox News, churches or our society as a whole) cultivate abusive cultures.

For instance, after allegations arose about Josh Duggar’s assault of his sisters and infidelity to his wife, many of the Christian discussions about the case focused only on Duggar himself.

Was he truly repentant? Had he changed his ways?

It’s important to consider individual actions, but not at the expense of analyzing the structures that harbor abuse.

Abuse happens within family systems that harbor secrets, within churches that preach purity but do not teach consent, in communities that prize appearances over reporting crimes to law enforcement and in a society where 98 percent of rapists never spend a day in jail.

It’s easier to debate Duggar’s repentance than to dig deeper into the systems, theology and culture that implicate all of us.

We Use “Sin Nature” As an Excuse for Apathy about Justice

Recently, I discussed the sin of slavery with a fellow believer. He told me that American Christians who justified slavery were simply fallen humans. Their choices were shameful, sure, but that was to be expected.

To some extent, I understand his explanation—sin is indeed unsurprising. Yet I found his attitude nonchalant. Unless we practically understand how to avoid gross collective sin, what good is all of our preaching?

I see a similar apathy about sexual abuse. If well-liked perpetrators offer the merest repentance, many Christians are eager to uncritically attribute their “mistakes” to sin nature. As Beaty points out, these Christians urge “cheap grace” rather than costly repentance.

We’re called to a higher, more sacrificial posture towards our community’s sin.

In Romans 7:18, writing to the Christian people of Rome, Paul indeed talks about the war between our sin nature and goodness. But rather than throwing up his hands about that war, Paul urges the community to take responsibility in the next chapter: “Therefore, brothers and sisters, we have an obligation … if by the Spirit you put to death the misdeeds of the body, you will live.”

Our collective obligation is to put to death the impulses of our sin nature. Yes, this is a spiritual task. But it must also be a practical one and one that costs us dearly.

When sexual sin happens within Christian culture, we must ask ourselves hard questions as a community. Have we focused on grace for perpetrators at the expense of victims? Have we taken seriously the testimony of those who were hurt? What systems created secrecy, lack of transparency or power imbalances? Have we personally worked against those systems or tacitly supported them?

Putting to death our misdeeds should make us terribly uncomfortable. If anything about dealing with sexual sin within Christian culture is easy, I doubt we’ve followed Paul’s command.

What We Lose When We Explain Away Sexual Sin

In Romans 1, Paul explains what hardening our hearts about sexual sin does: “They have no fidelity, no love, no understanding, no mercy.” We often apply Paul’s words to cultures outside the Church, but I’d argue they’re just as relevant for believers that do not, in Micah’s words, do justly.

What does it mean to be “saved” if we have lost our understanding of the cost of grace and our love for the victims of injustice?

In His earthly ministry, Jesus was clear-eyed about how religious communities could lose touch with the heart of God’s law. He took Pharisees to task when they failed to recognize how they perpetrated injustice.

The Pharisees, like all of us, were complicated human beings, not monsters. It’s a mistake to demonize their choices. Even as they assumed they were pleasing God, a gentle carpenter exposed their hypocrisy. Woe to all of us if we harbor sin in the heart of our communities and blind ourselves to God’s Kingdom.

Heather Caliri is a writer from San Diego who loves British murder mysteries, advice columns, and hot breakfasts. She uses tiny, joyful yeses to free herself from anxiety. Tired of anxiety controlling your life? Try her mini-course, "Five Tiny Ideas for Managing Anxiety," for free here.