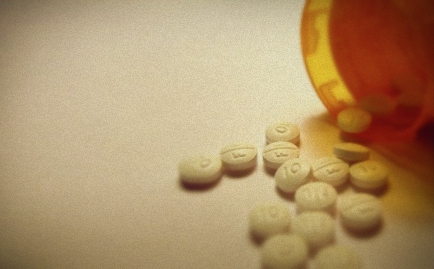 Editor’s note: Katie Paris is the program and communications director at the
Washington, D.C.-based Faith in Public Life, a nonprofit strategy
center for the faith community advancing faith in the public square as
a positive and unifying force for justice and the common good. She’s been heavily involved in the health care debate in recent months and brings us a perspective from the heart of the discussion.

Last night, President Obama made the case that health care reform (a portion of his speech is embedded to the right) will benefit all of us—not just those without health insurance, but those who have it, too. In the lead-up to the speech, many political strategists and pollsters named this as the key ingredient to the argument the president had to make to convince Americans to support health care reform. President Obama’s success or failure, they said, would rest on whether or not he could convince people with insurance there’s something in it for them.

I have always been one of those people with good health insurance. So have my husband, my parents and my siblings. I understand from the president’s speech last night that health care reform is meant to lower costs in terms of out-of-pocket expenses for my family and me, as well as the long-term fiscal health of our country. I hope that’s true. But as a Christian, that shouldn’t be the only argument, or even the central one, as we think about health care reform. Addressing a problem of such gravity is not just a political challenge; it’s a moral one for those of us who claim our faith as our guide.

My 30th birthday came and went this summer without a single ache or pain, but this health care debate is beginning to make me feel old. I was 14 when President Bill Clinton joined a lineage of Democratic and Republican presidents, stretching from Roosevelt to Nixon, who tried and failed to fix our broken health care system. All the while, Christians across the country have sought to be part of the solution, continuing to minister to and care for the sick. But despite our best efforts in hospitals, clinics and congregations, and many piecemeal policy improvements by elected officials of good will, millions of children of God still fall through the cracks, and millions more stand at the precipice of losing their insurance, their homes and their savings if they come down with a serious illness.

I know we need health care reform not just from reading statistics, but from working with pastors who see the consequences of our broken health care system in their own congregations. My friend John Hay, Jr., who was senior pastor of a church in Indianapolis that is two blocks from two hospitals, told me of families in his congregation who put off needed medical care for their children because they couldn’t afford to see a doctor, only to be forced to rush them to emergency rooms when the problems reached chronic stages. This kind of suffering and financial hardship is entirely preventable.

The Bible does not provide specific public policy prescriptions for how to solve our health care crisis, and Christians can disagree on many details of health care reform, but Scripture does make clear that health and healing are both personal and communal responsibilities.

We are challenged by the biblical health codes that governed the Hebrew people and ensured no one was left out because of cost. We are challenged by Jesus, who never turned away from human brokenness, but responded to it by healing both rich and poor alike. Healing is at the heart of the Christian vocation and central to all faith traditions.  When we are agents of bringing about that health and wholeness, we are doing the work of God. The very first followers of Christ lived out a responsibility to care for all “as anyone might have need.”

Last night President Obama did not make the biblical case for reform—but he did make a forceful moral one. Significantly, he closed his speech by reciting from a letter written to him by the late Senator Ted Kennedy, in which Kennedy affirmed health care “is above all a moral issue; at stake are not just the details of policy, but fundamental principles of social justice and the character of our country.” Part of that character, President Obama went on to say, “is a recognition that we are all in this together.”

The scope and nature of the healing our health care system needs will require us all—individuals, congregations, businesses and government—to work together, each according to our gifts, not only to mend the safety net and care for those it does not catch, but also to ensure fewer people fall in the first place.

Many important negotiations lie ahead, and people of faith are at the table—whether pressuring Congress to make sure “affordability” is a reality rather than a slogan, or ensuring that health care is not used by either side as an occasion to advance an agenda on abortion. This is not the time for that battle. People of faith will continue to hold President Obama accountable to the commitments he made last night on these issues and the moral principles we espouse regarding health care.

And as we engage in this challenging and urgent debate, God calls us to engage in truthful and civil dialogue. Many Christians are heeding this command, but unfortunately, many partisans have sullied the health care debate by hurling false, inflammatory accusations about “death panels” and “government takeover” and fascism and communism at supporters of reform.

Years ago, Catholic Archbishop Dom Hélder Cámara said, “When I give food to the poor, they call me a saint; when I ask why the poor have no food, they call me a Communist.”

Throughout history, Christians have fought for justice for the least among us, from slaves to child laborers to those oppressed by Jim Crow, and at every turn these Christians have been imputed with ulterior motives and Godless agendas. Such accusations are no truer now than they were during movements past. And now as then, many Christians are at the forefront, advancing Gospel values here on earth.

When people of faith think of our health as a nation, we must think not only of our fiscal soundness and the number of Americans who can afford health care. It’s about more than that. Our health as a nation is measured by the extent to which we act on the belief we are our brothers’ and sisters’ keepers, and the belief that our individual well-being and the common good are inextricable.

More about Faith in Public Life can be found at FaithinPublicLife.org and FaithfulAmerica.org