While many 16 year olds might wait and hope for a new car, Malala Yousafzai—and the world with her—has been waiting for the last few weeks to see if she would win the Nobel Peace Prize.

The young education activist received neither today, but her work still deserves attention. The Organization for the Prohibition of Chemical Weapons—the group working to eliminate chemical weapons in Syria—received the Nobel Peace Prize, but Malala deserves to be recognized too, as she inspires countless children to step up in the global war against terror.

Had Malala won the Nobel Peace Prize, she would have been the youngest and perhaps most deserving person to be awarded the distinction. For the first time, the Nobel could have imbued children with the belief that their voices matter and they are heard. Thankfully, the European Union did award her the Sakarhov Human Rights Free Speech award yesterday.

In an attempt to remind ourselves of the enormous difference Malala is making in our world and what we at home can do about it, let’s look back.

A year ago this week, the then-unknown Muslim teenager from Pakistan was shot by the Taliban aboard a bus while heading home from school. Malala had been promoting education for girls in Pakistan, and the Taliban sought to silence her message with a bullet.

By earthly accounts, she has every reason to be bitter and seething with hatred toward her terrorist attackers. Several months of reconstructive treatment in Pakistan and the U.K. have restored her nerve damaged face to a new normal, but her voice has been propelled to that of sacred herald for the right of every child to a quality education. It’s a message and a cause that we all can unite behind—regardless of our religion or country of origin.

On July 12, her 16th birthday, Malala stepped in front of a special youth assembly of the United Nations and proclaimed, “I am not seeking revenge. I’m here to speak up for the right of education for every child.”

“They thought that the bullet would silence us, but they failed,” she said. “Weakness, fear and hopelessness died. Strength, fervor and courage was born.” While wrapped in a pink scarf that once belonged to the assassinated Pakistani leader Benazir Bhutto, Malala put forth a call to world leaders for, “peace, prosperity and education for every child.”

Two days later, on July 14, Abubakar Shekau, leader of the Nigerian militant Islamist group Boko Haram, stepped in front of a video camera and screamed, “Teachers who teach western education, we will kill them! We will kill them in front of their students, and tell the students to henceforth study the Quran.” Apparently, he didn’t hear Malala’s speech.

According to UNICEF, 101 million children throughout the world are not in school, and half of them are girls. This is primarily due to poverty where children must work for the family rather than attend school or school is not available where they live.

But in some countries, such as Nigeria, students are being killed while in school. On July 6, Boko Haram doused a dormitory of sleeping students with gasoline and then shot and killed 46 as they tried to flee the flames and escape. Those captured during these attacks are often taken from their families and conscripted into militant armies.

Very few of us are given the platform of Malala Yousafzai, so how can we fight this injustice as we put our children on safe school buses each morning?

First, listen to Malala’s 17 minute speech on YouTube and/or watch her moving interview on The Daily Show, then share her message with a friend. Tell those in your circle of influence the stories about how difficult it is for some students to go to school. Pray for provision and protection for them.

You can support girls’ education by contributing to Room to Read, which has already provided education to over 20,000 girls and built 1,627 schools in developing countries around the world. If you are passionate about Malala and her voice for education for all, contribute to the Malala Fund. Finally, support people you know who are serving in the developing world. Go and see their work, offer to help them.

As Christians, fighting the malaise of ignorance with knowledge and the Holy Spirit is our offensive front line. Advocating for basic rights like education for people of all religions and backgrounds is a way we that we can show them the love of Christ. As we personally connect with people and places in need, relationships are built and real change begins.

Let us communicate together, share ideas, listen and pray. Under the growing specter of terror, there is hope. Malala Yousafzai challenged us at the end of her U.N. speech, saying, “We believe in the power and strength of our words … Let us pick up our books and our pens. They are our most powerful weapons.”

You May Want to Wait Until After Oct. 22 to Buy a New iPad 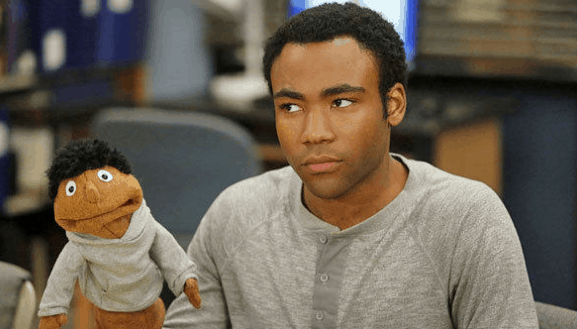