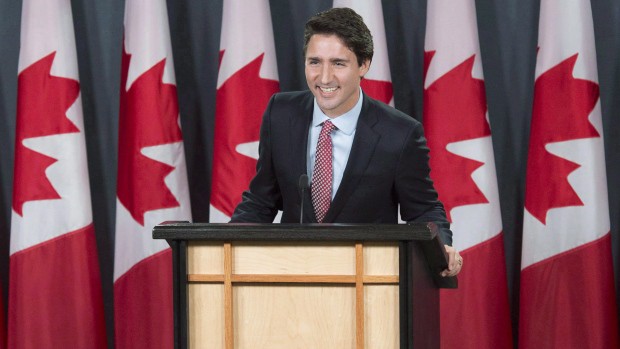 Last month, Justin Trudeau beat out incumbent Stephen Harper to become Canada’s next prime minister. During his campaign, Trudeau promised a gender-equal Cabinet, and he made good on his word when he was sworn in, revealing a Cabinet made up of 15 men and 15 women. It’s a striking move in a world where the top government positions in most countries are still held by men. (Only 25 percent of the seats in the current U.S. Cabinet are held by women.)

“It’s a historic day for women,” Sheila Copps, the former Canadian deputy prime minister, told CBC News. “Gender parity in the national Cabinet is huge. It sends a great message to our daughters and sons.”

I’m Struggling with Depression. What Should I Do?

Study: America Is Becoming More Polarized When It Comes to Religion