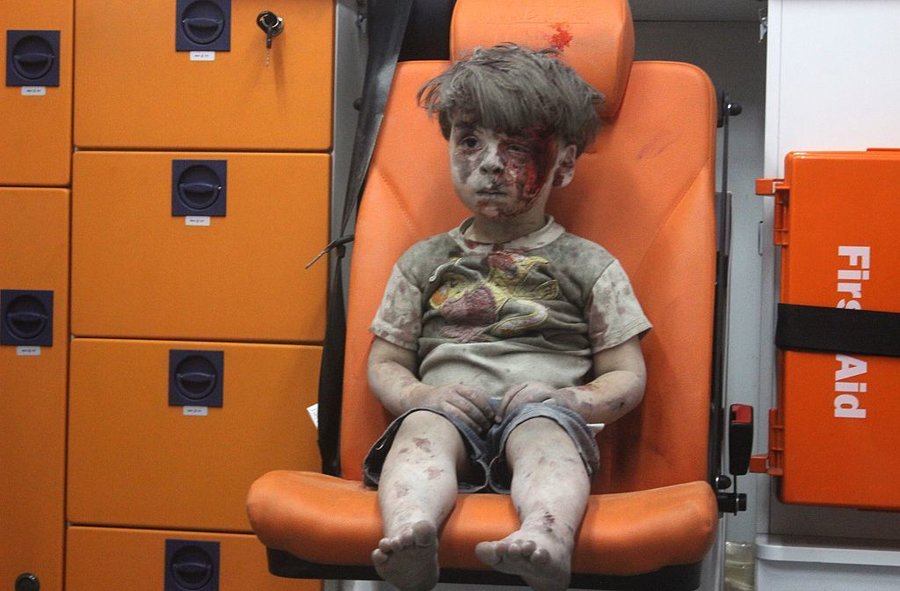 Omran Daqneesh, the 5-year-old Syrian boy whose heartbreaking, dazed expression following an airstrike captured the world’s attention, hasn’t been seen in over a year. According to the man who photographed the image, 29-year-old Mahmoud Raslan, that’s because Bashar al-Assad has him under house arrest.

Could this explain why no one has been able to trace Omran, the little Syrian boy in the famous ambulance photo? https://t.co/41drzqz1Kg

“I lost contact with the family of Omran when we were forced out of Aleppo last year,” Raslan told Fox News. “The Assad militia had arrived and his family was guarded under house arrest, where they could not be reached by the Western media. Their residence was changed and they were put under security.”

It’s going to be hard to verify Raslan’s claims, but as highlighted by Teen Vogue, the Financial Times reported that Omran and his family’s whereabouts were unknown as of last December. Assad could have any number of reasons for keeping Omran out of the spotlight, not the least of which being that he doesn’t want them talking to the media. In fact, according to Time magazine, Assad doesn’t even want anyone to believe the famous picture of Omran is real, saying “this is a forged picture and not a real one.”

Harry Styles Is Not Here for Anyone Disrespecting Young Women