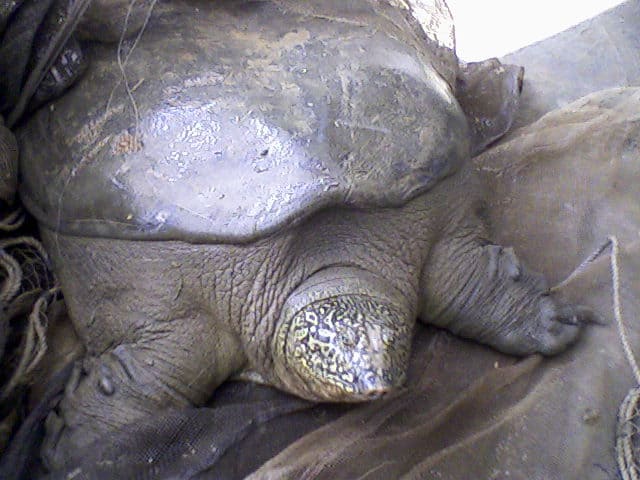 A 90-year-old Yangtze giant softshell turtle died in a Chinese zoo on Sunday, leaving only three surviving members of the world’s rarest species of turtle. [h/t The Guardian]

The future of the giant softshell turtle’s is about as precarious as an animal species’ can get.

One other giant softshell lives in Suzhou zoo, where the female died on Sunday. The other two live in a river in Vietnam river, though their genders are unknown. Decades of pollution, hydroelectric dams and river have a taken a toll on marine life all over the world, but the giant softshells — the largest freshwater turtle in the world — have been hit especially hard.

The Revolutionary Truth of Holy Week