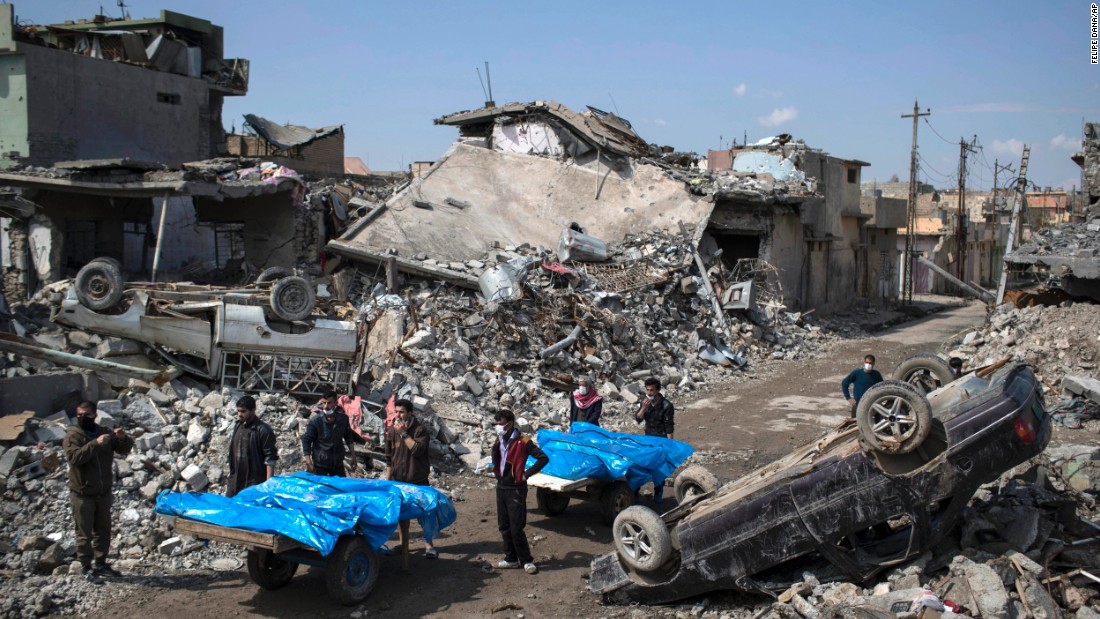 The New York Times is reporting that a coalition in Iraq is investigating claims that American military strikes in Mosul may have accidentally killed as many as 200 innocent civilians. Mosul has been the center of a massive offensive to put the Islamic State on the ropes, and increasingly, civilians are getting caught in the crosshairs.

If the estimates are confirmed, it would be among the highest civilian death tolls since the war started in 2003, and one of the highest civilian body counts caused by the U.S. military since the Vietnam War. The strikes raise questions about rules of engagement, and whether some of the laws put in place to minimize civilian casualties have been relaxed under President Donald Trump. The Trump administration says there has been no official change in the rules of engagement, despite President Trump’s controversial promises to do so during his campaign. But an Iraqi special forces officer told the Times that there has been a “noticeable relaxing of the coalition’s rules of engagement since President Trump took office.”

Before, Iraqi officers were highly critical of the Obama administration’s rules, saying that many requests for airstrikes were denied because of the risk that civilians would be hurt. Now, the officer said, it has become much easier to call in airstrikes.

Some American military officials had also chafed at what they viewed as long and onerous White House procedures for approving strikes under the Obama administration. Mr. Trump has indicated that he is more inclined to delegate authority for launching strikes to the Pentagon and commanders in the field.

It’s notoriously difficult to collect real data on civilian casualties. Terrorist groups will often set up bases in heavily populated areas to deter airstrikes, and precise numbers can be hard to verify after the attacks. According to Airwars—a non-profit that attempts to keep track of the number of civilian deaths caused by coalition airstrikes in the Middle East—there has been a spike in casualties under President Trump. March has seen an estimated 1,058 civilian deaths (as a reference point, there were 465 last December.) “We don’t know whether that’s a reflection of the increased tempo of the campaign or whether it reflects changes in the rules of engagement,” Airwars director Chris Wood told the Times. But the uptick “does suggest something has shifted.”

Job Alert: Chance the Rapper Is Taking Applications for a New Intern

Instead of Protesting Trump, Lynchburg Activists Will Organize a Day of Community Service